On next Saturday May 17 the Confederation of Indigenous Nationalities of Ecuador (Conaie for its Spanish acronym) shall designate from among three candidates, its new president, replacing the current leader, Humberto Cholango.

The candidates are: Olindo Nastacuaz of the Conaice (regional of the Coast); Jorge Herrera, from the Ecuarunari (Highlands); and Monica Chuji, from the Gonoae (Amazon). 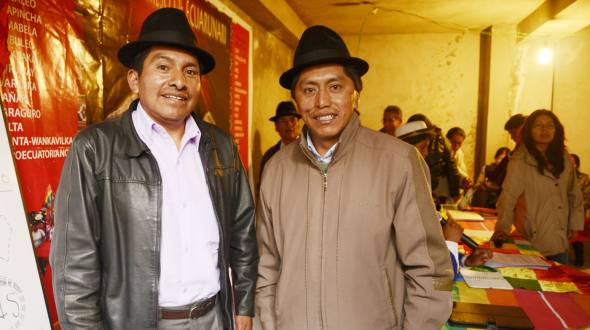 Single candidate from the indigenous of the Highlands Jorge Herrera (left), next to current Conaie President Humberto Cholango.