This last Tuesday, the Ekos Magazine awarded Alvaro Noboa’s company ‘Seguros Condor‘ with the third place due to its economic performance and growth. The Ceremony was held at the Crystal Palace of the Cultural Centre of Itchimbia in Quito, Ecuador. Ec. Oton Chavez received the award on behalf of Alvaro Noboa. 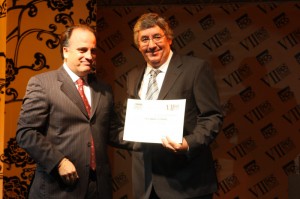 Several economic entities were also awarded because of their financial growth. Banco de Guayaquil was awarded with first prize for best economy. (AV)