Confidence, common feature of the aspirants to the position of Vice President of Ecuador 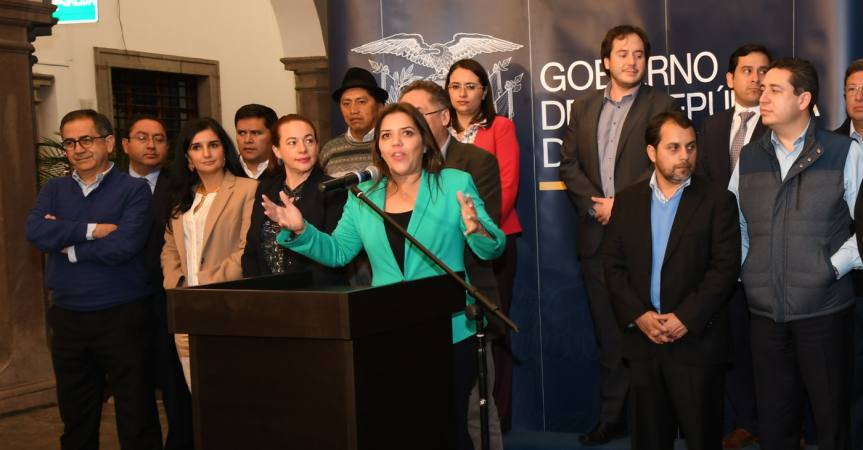 Although it is the exclusive power of the President of the Republic, Lenin Moreno, to form the trio from which his vice president will be elected, political analysts believe that the president should open the range of options and choose characters that have not been directly linked to his predecessor and detractor Rafael Correa.

The assemblyman and legal secretary of Alianza PAIS, Ricardo Zambrano, revealed that the shortlist that Moreno would send to the Assembly to replace Jorge Glas, sentenced to six years for illicit association, would be headed by the current vice president María Alejandra Vicuña.

The trio is completed, according to Zambrano, the current ministers of Foreign Affairs, María Fernanda Espinosa, and Justice, Rosana Alvarado. “There is no real and certain intention to give a twist to the economic and political model that Ecuador experienced last decade”, says Santiago Basabe, Doctor on Political Sciences and researcher.

Patricia de la Torre, a doctor in political sociology, agrees with the contradiction, referring that Moreno has shown the desire to banish the correismo, “everything that may be vestiges of Correa; nevertheless, it maintains solid people of the previous regime people who had strong ties with Rafael Correa and played very key roles in the government of the former president”.

De la Torre prefers to think that they are Moreno’s trusted people, “who cannot betray him”.

Teodoro Bustamante, professor and political analyst, does not see problems in the short list of Moreno, but in the struggle that Vicuña, Espinosa and Alvarado would take to capture the votes in the Assembly.

“How will these people be moving to get votes, having a vice president who was not elected by the people, but elected by votes that are tied in the Assembly, undermines democracy, “says Bustamante.