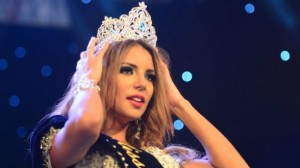 The most beautiful woman in the country is Connie Jimenez Romero, designated Miss Ecuador 2016 during the ceremony held in the city of Machala, province of El Oro.

Dialogue of the political actions of the current Ecuadorian Minister of Defense, Ricardo Patiño