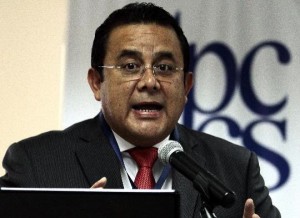 Chevron alleges multiple violations of constitutional guarantees, so last December, It requested the organism to reverse the verdict of a judge in Lago Agrio that sentenced them to pay $ 9,500 million dollars.

In order to justify their request, the company said: “Ecuadorian lower courts have ignored irrefutable evidence that American and Ecuadorian lawyers of the plaintiffs obtained the judgment through fraud, bribery and collusion with corrupt judicial officials.”

The choice of the Rapporteur Trial Judge, who should review the case of 250,000 sheets and submit a judgment draft to the plenary of the Court, will be done through drawing lots next week. According to the law, the process should take 45 days, but Pazmino, who is also the President of the Court, said that it could take longer for the amount of information.