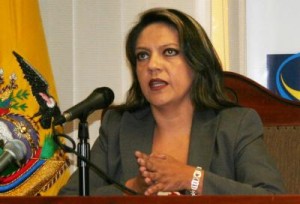 The Constitutional Court cited 29 people to a public hearing next Thursday. The appointment will be to discuss the amendments to the Constitution.

The President of the National Assembly, Gabriela Rivadeneira, is in the list of summoned. It was she, who on behalf of the legislative bloc of the Alianza PAIS political movement, presented the package of changes to the constitution.

Moreover, political leaders presented the amicus curiae (friends of the court) resourse to be received in audience. Among them are: Guillermo Lasso and Alberto Acosta.

Fixing transportation rates will be a competition of the Guayaquil Municipality