In order for the President Rafael Correa and other elected officials to apply to unlimited terms through amendments in the Constitution of Ecuador, they must first make an inquiry to the Constitutional Court (CC).

The Constitution allows two alternatives in which not only the Assembly can make the query, but also the President of the Republic or the citizenship. However, in his last nation-wide broadcast, the president dismissed such alternatives when asked his government block of Alianza PAIS (AP) – majority in the Assembly- to facilitate the changes, ie, the block should make the query to the CC.

Thus, since Monday, the Assembly members of the Government, will work around the clock to consult the CC and then process the amendment. If they plan to take the route of the amendment -which is most likely to happen- they must hurry because if they want the change to be applied to the elections in 2017, the first debate of the amendment should be held before October this year, so that the second debate and adoption will be made ​​before 2016, since no changes in electoral issues can be made a year before the elections.

According to opposition Assemblyman Luis Fernando Torres (PSC – Cambio), consecutive and unlimited terms hurt democracy because it allows a “ruthless handling of the state apparatus to ensure reelection.” “The issue is concerning over the level of authoritarianism, lack of pluralism and weak rule of rights,” he added. 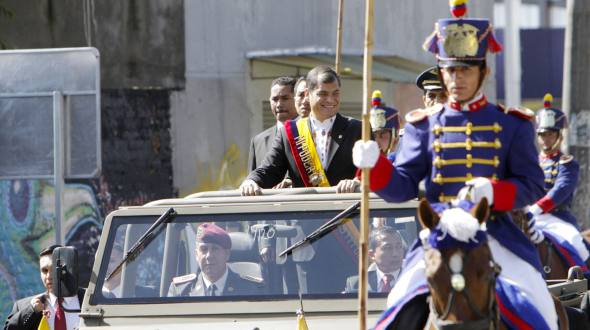