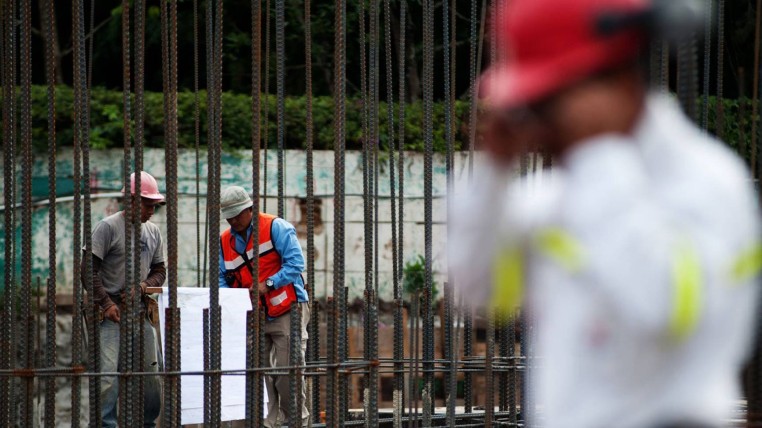 Since 2007, construction in Ecuador grew at an average rate of 6.8%, exceeding by several years the total national GDP. But last year, it closed 2015 with a slight contraction of 0.6%, while the economy closed with a +0.3%. A slip that has left on the road a large part of jobs. The multinational firm Deloitte estimated that in 2015 26.9% of workers were dissasociated from the sector.

The Chamber of Construction Industry indicated that more than 4,000 companies dedicated to construction created jobs for half a million people, as recorded by the Industrial Study on Construction, prepared by the ESPAE business scgool.

The report takes stock of the performance of the industry in recent years on the obstacles faced and the opportunities that open up in a scenario of economic difficulty as that left by the fall of oil prices.

“The decline in sales of new buildings, as well as a lower level of contracting works and the nonpayment of built works and under execution are a sign of shrinkage, experienced by the construction activity, whose magnitude and effects on sensitive issues such as the generation of jobs are still in development,” summarizes the document.