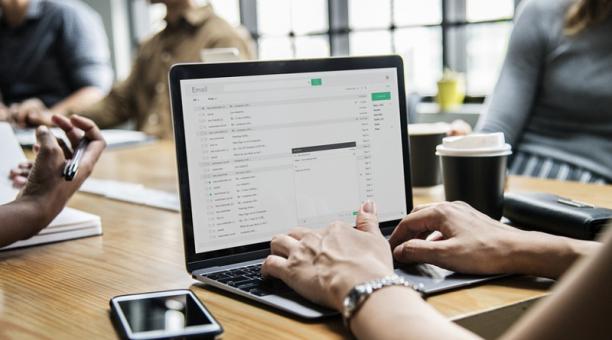 A proposal to include digital native media in the reforms to the Organic Law of Communication (LOC) opened a debate on the nature of these spaces and the origin of the recent approach. Dany Wilka, president of the Digital Media Association of Ecuador (Amecode), delivered the proposal to the National Assembly on Monday morning, May 28, 2018.

The objective is for the sector it represents to be included in the reforms proposed by the Executive last Monday. For the owner of Amecode, President Lenin Moreno did not include them in the draft changes to the regulations. So he asked for changes to two articles that are in the Law.

The first and cause of the controversy is about its direct inclusion in the LOC, since it considers as social media only the traditional ones (radio, press and television), including its digital versions.

This was what allowed the birth of several platforms of digital journalism research and opinion during the previous regime. Since the Law did not reach them and, therefore, could not restrict or sanction them. If the legislators, who will analyze and approve the reforms, take into account this proposal, the digital media should abide by the regulations and comply with it as well as the traditional media.

Hours after the presentation of the legal project of reforms, 15 digital native media broadcast a statement in which they clarify that they have “nothing to do” with said proposal. “We have not been consulted,” says the document. So “we distanced ourselves from a project to reform the Organic Law of Communication (LOC) presented by a supposed Association of Digital Media of Ecuador (Amecode), which does not represent us and even less we endorse”.

This group explains to its readers that “Ecuadorian digital media is an ecosystem that has become a vigorous response to the attempts of political, financial and religious powers to silence the truth”. And they also emphasize that “we have, each in its focus and concentration, investigated and revealed information that does not appear in traditional media. We have expanded the spectrum of voices that participate in the public debate, giving voice to many sectors previously invisible and marginalized, denouncing corruption, pointing out the lies in public discourse and fighting the fake news that swarm in social networks, and we do it with objectivity and professionalism. ”

Wilka told this newspaper that the Association represents 30 digital media of various kinds and that its existence is relatively new, since it was created in June 2017. He added that they are working on its amecode.net website, so it is not available yet.

However, despite its short existence, the Amecode participated in the dialogues organized by the National Government, through the Ministry of Communication, with various social media, in eight cities, to work on the project of reforms to the LOC . The second important point of this new proposal is the reform of Article 202 of the Code of Democracy, so that the digital native media can receive funds for electoral promotion, when the electoral processes are carried out.

The article states that “the financing will exclusively include the propaganda campaign in the written press, radio, television and billboards. The National Electoral Council will regulate the financing according to the reality of each locality “.

On this issue, the Amecode has been doing its proposal at least since December, as recorded on its Facebook page, prior to the popular referendum and constitutional referendum last February.

The objective was for the National Electoral Council to take them into account already for that process. Finally, the digital media that responded in a joint statement took the opportunity to reject “the campaign that has been activated against some of the digital native portals of Ecuador, especially against Plan V, to try to undermine their credibility by questioning their independence in dealing with to insinuate its purchase by a powerful economic sector “.

And they closed the letter affirming that they believe and work to forge a digital environment based on the principles set forth in the Universal Declaration of Human Rights, “to which any minor norm must be submitted.” Since “a true knowledge society is not conceived without free access to the Internet and, above all, without digital literacy processes generated from everyday practice and from the fulfillment of rights and the guarantee of freedoms”. (I)