Controversy over promotion of a Navy officer 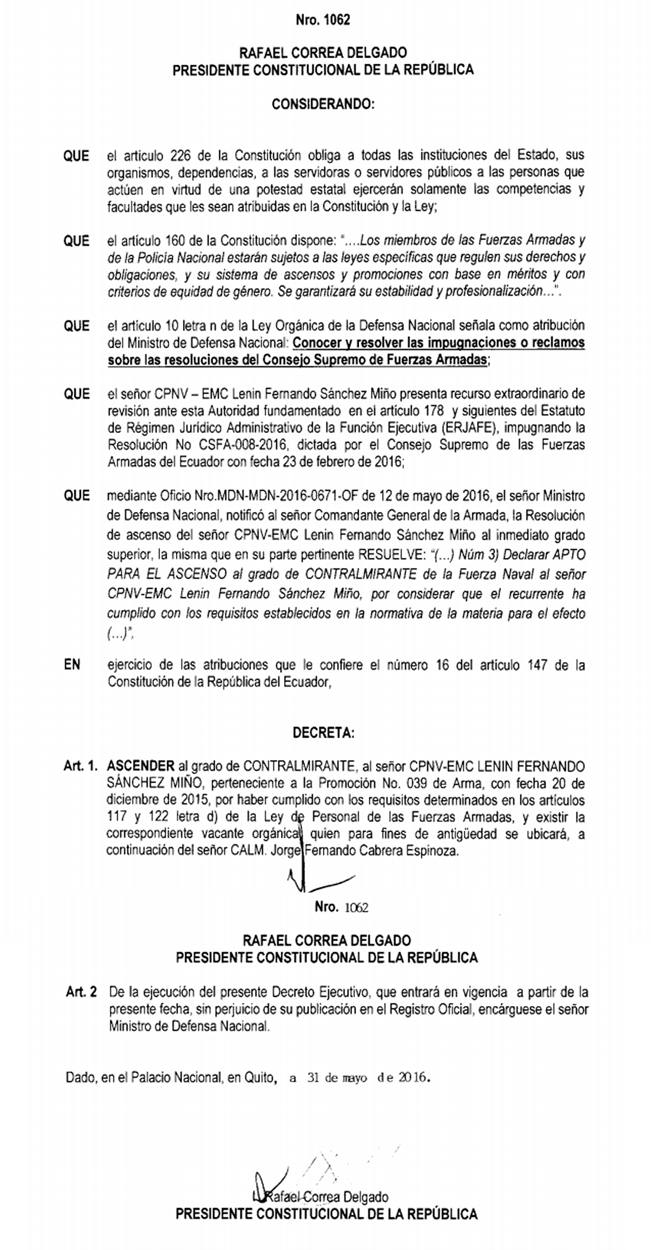 Challenging a decision of the Supreme Council of the Armed Forces, navy captain and Joint Chief of Staff Lenin Sanchez Mino, managed to ascend to Admiral, by a decision of Defense Minister Ricardo Patino and President Rafael Correa.

On May 31 Executive Order 1062 was published, which determined the promotion of Sanchez because “he complied with Articles 117 and 122 of the Staff of the Armed Forces Law,” which refers to the requirements established.

Paragraphs outline that Sanchez submitted a “extraordinary motion for review,” before the Ministry challenging the Council resolution, issued on February 23, 2016, which denied his promotion.

The Executive branch defends its decision clarifying that the National Defence Act grants the Ministry the attribution of resolving disputes against the Council, so Patino notified to the Navy Commander, Admiral Angel Sarzosa, that Sanchez was “apt for for the promotion” because he had complied with the regulations. (I)

SRI defers the payment of solidarity contribution on heritage