The company Fairgate Trading Corp., owned by Ecuadorian Enrique Cadena Marín, received $ 10.2 million from Core Petroleum LLC, an oil intermediary, in eleven transactions that were reported as suspicious to the US Financial Intelligence Unit (FinCEN, for its acronym in English). 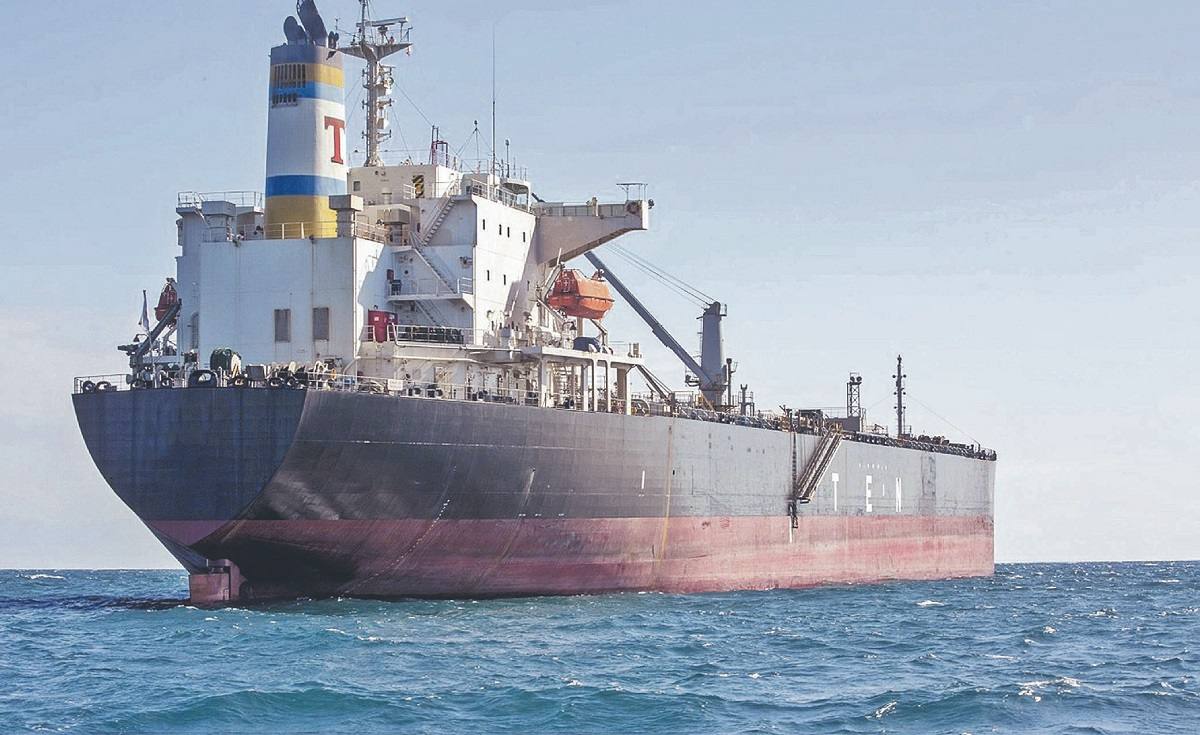 Core Petroleum does not have pre-sale contracts with Petroecuador nor has it won spot sales of crude, however it offers Ecuadorian oil to Peru and the United States.

The transactions are recorded in a Suspicious Activity Report (SAR) made by the Bank of New York Mellon (BNY Mellon) to the US anti-laundering unit and are recorded in the FinCEN Files, an investigative work led by the Consortium Investigative Journalists International (ICIJ), in which EL UNIVERSO participates.

This newspaper requested an interview with Cadena Marín, who has always refused to have anything to do with the oil business, but until press time there was no response. The lawyer Daniel Pino, from the Pino Elizalde study, clarified that he is not his spokesperson and that he would transmit the request.

Core Petroleum LLC also did not respond to an email requesting a statement. It is registered in Ecuador for the sales of spot crude but does not have a tax registration and Petroecuador did not inform who represents it.

It details the eleven drafts sent between August 2014 and April 2016 from Core Petroleum LLC to Fairgate, which is based at MF’s offices in Anguilla (British Overseas Territory of the Caribbean). Actually the address is a PO box, number 193, in the so-called Mason Complex, a building of about three floors, on Stoney Ground Street, in El Valle, the capital.

Fairgate Trading Corp. was registered in 2013 by Mossack Fonseca, who at that time managed many of Cadena’s companies in various jurisdictions considered tax havens, through attorney Carlos Mata Hanze. Following the revelations of the Panama Papers published by EL UNIVERSO, the company was canceled by MF and reported to the anti-money laundering authorities of Panama.

In this report in the Panama Papers series, this newspaper revealed in June 2016 that Cadena and Jaime Baquerizo Escobar (prosecuted in the Petroecuador bribery case) reached an agreement with Castor Petroleum Ltd. to collect a commission of $ 1 for each barrel. of Ecuadorian crude received by Castor. This crude was part of the lots that Petroecuador delivered to Petrochina International, as payment of the first loan of $ 1 billion to the Ecuadorian State in 2009. The loan was for a one-year term and with 7.25% annual interest. In early 2009, the Gunvor Group bought Castor, which Cadena had previously advised.

Now in 2020, the FinCEN Files reveal payments from another oil broker. Core Petroleum LLC is registered in Virginia (USA), but operates in Pennsylvania and has a branch in Geneva. In its web portal it indicates that it is a private company founded in 2009 and details several of its activities. It indicates that it was established with “a primary focus to trade crude from Latin America and Canada.”

Core “advises its clients in the use of a range of risk hedging tools and techniques to mitigate exposure to market price volatility, including the use of commodity futures, options and OTC derivatives.” To do this, he adds, “it maintains relationships with world-class commodity brokers , derivatives issuers and financial institutions.”

Core also markets freighters, from Panamax (with a capacity of up to 79 thousand tons) to VLCC (more than 300 thousand tons). Likewise, through a subsidiary, it is immersed in the development of infrastructure.

Enrique Cadena’s relationship with this company and some of its executives dates back to at least 2012. Fernando Villavicencio, from the Investigative Journalism portal, revealed two years ago emails from the Guayaquil businessman. In some of them, Viviana Velázquez, Cadena’s assistant and whose email corresponded to the Naparina company, exchanged messages for collections of oil intermediation invoices with executives from Ursa Shipping, Taurus Petroleum and Core Petroleum. They no longer only relate to Napo and Oriente crude from Ecuador but also to Castilla from Colombia and Escalante from Argentina and the commission is only 19 cents per barrel.

Core Petroleum’s mail corresponds to its president William Sudhaus. While that of Taurus to Natacha Lecompte, who is now the financial vice president of Core Petroleum. Some speak of specific transactions paid for by Core Petroleum. The companies where the commissions were deposited were Naparina Corp. and Breiton Capital & Shipping with accounts at JP Morgan or Helm Bank. The money came from BNP Paribas (Suisse) SA

During the government of Rafael Correa, a series of oil presales were signed with Petrochina International, mainly, and then with Unipec Asia Co., Ltd. and PTT Public Company Ltd. This oil guaranteed the loans received by the State and oil was committed until 2024 .

Over time the initial formula applied in the first presale of 2009 was changed, for which Cadena received payments from Castor Petroleum (through Waterway Petroleum Ltd. in the company Eston Trading Ltd. for invoices from Naparina).

Other factors such as freight cost were added to the formula and the days taken as a reference to calculate the price were extended, among other modifications.

Petroecuador’s International Trade Management has uploaded all oil sales contracts since 2009, they are already public. Core Petroleum LLC nor Castor Petroleum Ltd., of the Gunvor Group, have never been awarded sales of Ecuadorian oil, not even of the so-called “spots”, which began in the Lenín Moreno government and which were important in determining Ecuadorian crude prices. in the international market.

However, all three offer Ecuadorian oil to Petroperú and to US companies. According to documents from the Peruvian oil company, between 2009 and 2017 the accumulated sales of these three companies amounted to 23 million barrels.

Many intermediaries and actors are involved in the oil business. Last April, for example, a shipment of 342 thousand barrels of Napo oil was delivered by Core Petroleum to Phillips 66 Co. in Lake Charles Louisiana (USA), where a refinery of the Venezuelan Citgo operates. And last March, on behalf of Core Petroleum, two shipments of Oriente crude were sent to Tesoro Refining And Marketing Corp. with 697 thousand barrels.

Enrique Cadena is now represented by the Pino Elizalde law firm, who assured: “We do not have the general power of representation of Mr. Cadena in Ecuador, nor are we his authorized spokespersons.”

Currently, Cadena maintains only one active company in Ecuador. This is Broadnet, of which he has been its president since 2005. Its majority shareholder is the Dutch company Transdata BV. It operates in the La Previsora ​​building in Guayaquil, where Napariana also operated, which has already been canceled. Both appeared in the Telecsa case, due to the importation of one hundred thousand Chinese telephones made by the state-owned Allegro SA

In 2017, the Attorney General’s Office under the command of Galo Chiriboga opened an investigation into the pre-sales of Ecuadorian crude to Petrochina Internacional. In the investigation, the former president Rafael Correa (convicted in the Bribery case) declared, among others, shortly before leaving Ecuador to settle in Belgium. On February 5, 2018, Correa gave a press conference with his lawyer Alexis Mera (convicted in the Bribery case) and said that “it hurts whoever hurts” he was not accused in the case because there was no formal complaint. This is a political persecution, he added.

In January 2018, Enrique Cadena also rendered his version, but from Mexico. Joffre Campaña, who then represented him, assured that his client had no participation in the oil contracts investigated. Campaign has always claimed that the Naparina invoice published by this newspaper as part of the Panama Papers was false.

The investigation for embezzlement has already completed three years and at the moment it is studying hiring a new expert to assess the amount of damage to the State for these negotiations. In addition, criminal aid was requested from the United States, Peru, Panama, Switzerland and Austria. (I)