Corina Machado will be charged for alleged assassination attempt against Maduro 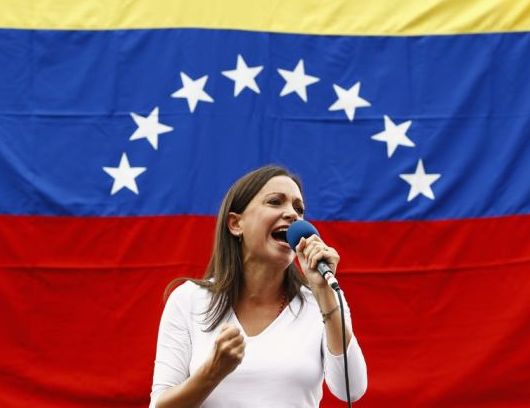 The former Venezuelan Deputy Maria Corina Machado was cited yesterday by the Attorney General to be imputed on the charge of an alleged plot to assassinate President Nicolas Maduro.

The Prosecutor´s office said that the former deputy was cited to appear in court next Wednesday to be formally charged.

“The Public Ministry cited as imputed for December 3rd to Maria Corina Machado (…) for alleged links with the assassin plan against the President,” said the Prosecution in a statement.

Representatives of the Government of Nicolás Maduro accused in May to Machado and other opposition politicians of plotting the murder of the president to smooth the way for a coup.

Machado confirmed that yesterday she received the summon by a group of members of the Bolivarian Intelligence Service (Sebin), who came to her home. The former Deputy announced she will go to court on the appointed day.