Last week, the closure of El Café de la Vaca, a traditional restaurant in Quito that had four stores , became the mirror in which the entire sector in the country was reflected. 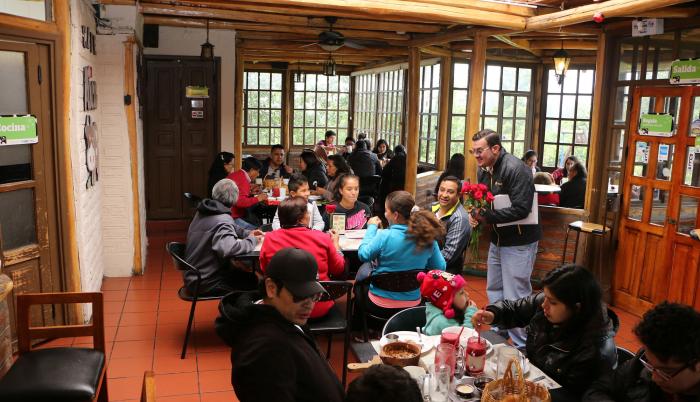 The chain accepted number 6 of article 169 of the Labor Code , which has to do with force majeure, to fire its 150 employees, approximately, after 15 years of operation , according to information from the Superintendency of Companies.

Restaurants are considered one of the groups hardest hit by the coronavirus crisis. After almost two months of staying with their premises closed, to avoid the spread of COVID-19, restaurants begin to close or reduce their operations.

In Quito, at least 10% of the restaurants have closed their operations, assured Leandro Buratovich, president of the Pichincha Restaurant Association.

And it is estimated that by the end of this month 20% more will be added. “Especially new restaurants and restaurants that don’t have a brand, those are closing,” said Buratovich.

“This is a sifter. We will see what happened with El Café de la Vaca day by day. In six months we will know the reality, “said Francesca Ferrero, who is in charge of a group of restaurants in Guayaquil.

Although home sales have been maintained these days, the head of the Pichincha Restaurant Association considers that this sales channel has benefited fast food chains.

“This is a sifter. We will see what happened with El Café de la Vaca day by day. In six months we will know the reality “

Other types of restaurants, such as those considered triple A, have had to expand their line of business, for example, temporarily become grocery stores or butchers.

According to the survey carried out by the Quito Chamber of Commerce (CCQ), 82% of companies are operating between 0% and 30% of their installed capacity. While 70% of companies are not generating income, which further complicates the situation for the payment of their workers and payment of suppliers.

The CCQ assured that many companies are at their limit and that in the coming weeks they will seek to reduce expenses to maintain themselves and jeopardize jobs and supplier payments.

” The arrival of soft loans is necessary in order to maintain the liquidity of the companies until activity can be reactivated,” said the CCQ.

In Guayaquil, the situation is similar. Ferrero pointed out that brands with various stores have had to close branches. It also estimates that restaurants have reduced their turnover between 50% and 70%.

The light at the end of the tunnel does not seem to be near. The sector is aware that sales will decrease, even after the end of confinement, because fear will remain in the population for a time.

For now, the owners have proposed to the Ministry of Tourism a manual to re-operate. For example, extend the hours of operation until 22:00. Also, guidelines to reinforce the hygiene of the premises.

Press freedom is key in times of crisis