Correa called ‘liar’ during a conference in Geneva 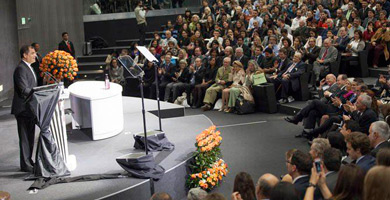 A young man shouted “liar” during the appearance of former President Rafael Correa at the public conference “Ecuador, a new political imaginary,” held on Monday at the University of Geneva.

At that moment, Correa was referring to the alleged success of his administration.

The video circulated through the social network Twitter and it was known that the young man was removed from the event. (I)

Two Ecuadorian projects are semi-finalists in the History Channel competition