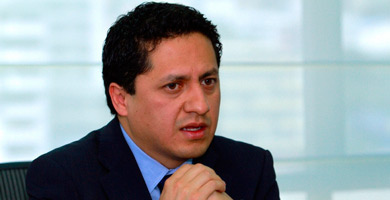 The former coordinator of Strategic Sectors, Rafael Poveda, on Tuesday denied the former legal secretary of the Presidency, Alexis Mera, who said yesterday that the Pascuales-Cuenca pipeline was built without the knowledge of former President Rafael Correa.

Through a statement that was disseminated on social networks, Poveda said that the previous government did know about the Pascuales Cuenca Poliducto project. “It is important to point out and clarify for the public’s knowledge that the execution of a project of this magnitude does not depend on the idea of a person, an official, or the exclusive will of a minister,” he said.

In this regard, he explained that the oil infrastructure projects are part of the national, sectoral and business planning of the State, and that for its execution the project consists in the documents of Petroecuador Operational Plan 2002, Operational Plan 2005, and Petroecuador Master Plan 2006-2015, and in the National Hydrocarbons Plan 2013-2017 of the Ministry of Hydrocarbons.

Poveda indicated that the work postponed for more than 20 years was approved in 2007, contracted in 2008 and continue with the project in 2012, before he was in charge of the Coordinating Ministry of Strategic Sectors. In the same way, he indicated that his functions do not contemplate participating in the contracting processes or authorize that kind of projects. (I)