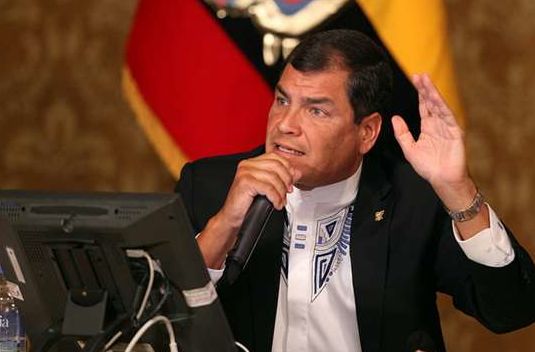 During a discussion with the media in Riobamba, President Rafael Correa yesterday questioned the decision of the National Court of Justice (CNJ for its spanish acronym) of ratifying the innocence Mery Zamora.

Correa assured that the written judgment is not yet in his power but assured that “there is something very wrong (in the judgment of appeal). God forbid we’re back to the old country, where judges are under the pressure of troublemakers.”

He added he knows the preliminary report where the argumentation of the judges was that classes were already suspended when Zamora went to the streets with the students, so the CNJ found that no crime was committed.

“We will wait for the written judgment, but if they have sustained (the judges) its decision in the barbarity that there is no crime because the classes were already suspended, that is a gross lie and it will be needed to go to all instances to sanction that,” he concluded.