Last Tuesday, during a talk at the Milagro Canton, Guayas Province, Ecuadorian president Rafael Correa, questioned the lack of political will in the U.S. to help with the extradition of former bankers Roberto and William Isaías Dassum, former owners of Filanbanco, accused by Ecuadorian justice for embezzlement.

“If they  had any political will they would have extradited them a long time ago. Is not a matter of legal formality, since the verdict was given a while ago,” said the president, adding that the Isaias brothers financed campaigns of influential American politicians, own businesses on media and public relations firms in the North American country, where Ecuadorian opposition politicians are invited to try to discredit his government.

On last March 13 the Specialized Board of Crime of the National Court of Justice, dismissed the appeals filed by former bankers Isaías Dassum and other former officials of the bank, thus ratifying the eight-year imprisonment sentence.

The trial was established in 1999 when the brothers broke the then largest bank in Ecuador, which caused thousands of savers to lose their money. An estimated of over $ 600 million were lost. 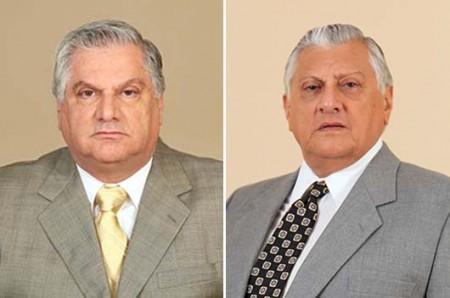 Correa’s defense does not want money or apologies from Jimenez