Correa reveals “the pact with the Bucaram family.” 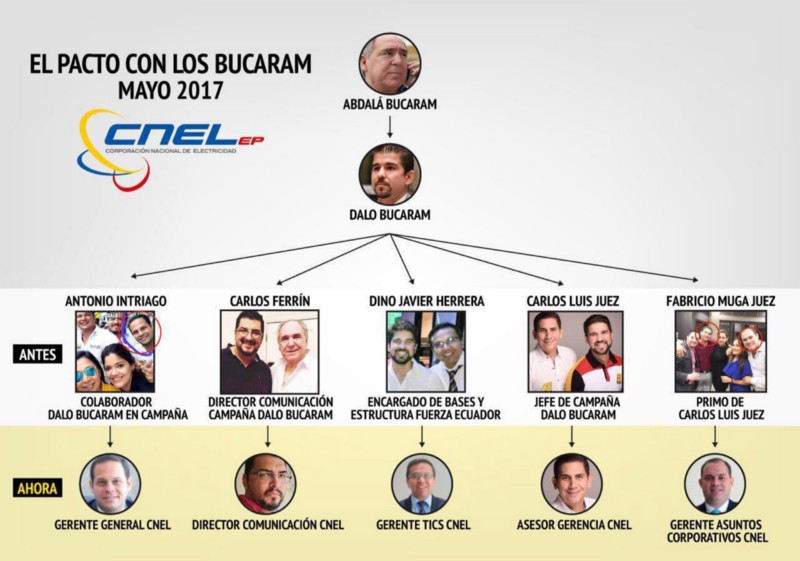 Former President Rafael Correa revealed today through his Twitter account “the covenant with the Bucaram family” he came denouncing since the dialogues announced by Lenin Moreno.

The summary of his numerous tweets exposes the following grounds:

– For years, Correa fought for the rights of the pariahs of society, following the advice of Pope Francis.

– The so-called dialogue is nothing but a partition of the country with the same capitalists and representatives of the particracy.

– On May 5, a current senior government official traveled to Panama to negotiate with Bucaram. There is evidence on this, but nobody investigates, as the accomplice press remains silent.

– Those communists who are now entrenched in government posts are quiet, as they prefer to enjoy the comfort of their bourgeois salaries.

– There is institutionalized corruption within the government party Alianza PAIS, something that is unacceptable.