Correa: US military intervention. in Venezuela is “very difficult” 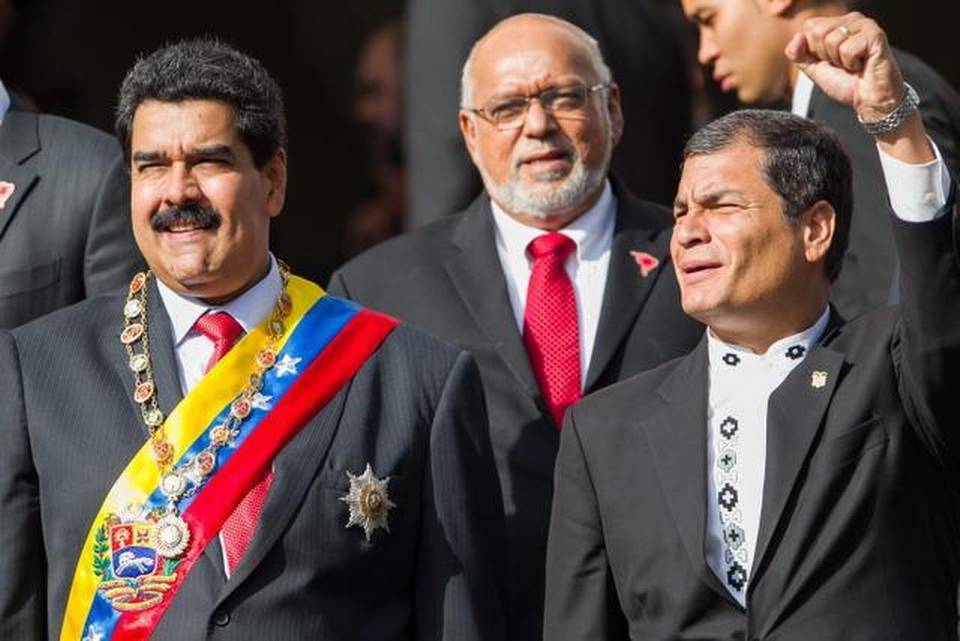 President Rafael Correa said on Thursday it is “very difficult” that exist a US military intervention in Venezuela following the White House considered the Venezuelan situation as a threat to American security.

“I think it’s very difficult military intervention,” the president said during a television interview he gave in Riobamba.

He added that “bombings are things of the past” but there are “more subtle” and “effective” interference mechanisms.

Correa said that “sanctions, economic blockade, media manipulation” are formulas to destabilize the government of Maduro.

On March 9, the US imposed sanctions seven government officials Nicolas Maduro by presidential decree, which describes the situation in Venezuela as an “unusual and extraordinary threat” to their safety and declared a “national emergency” to cope.

Application of Safeguards is defended by Correa again