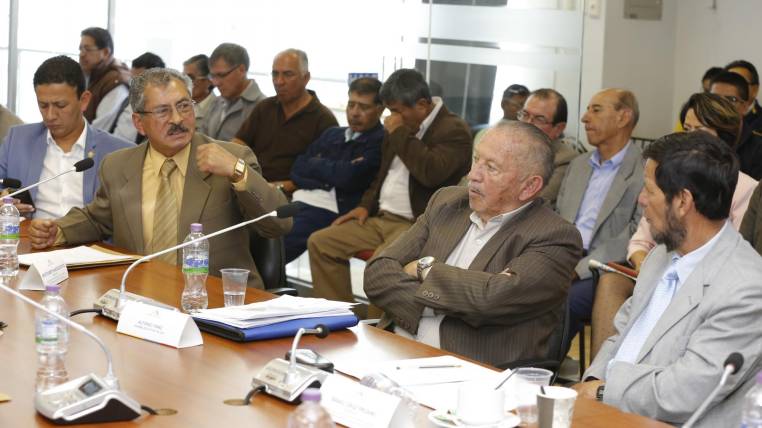 It was known he is bad but he turns out to be worse. The Occasional Commission of the Assembly constituted to monitor the fulfillment of the obligations of the State with the retired ones has begun to put a little order in the incomprehensible marasmus of the retirements in the public sector. And the reality is coming to light: during the decade “Correísta”, there was no worse employer in the country than the State itself.

Yesterday was the day of appearances in the Commission. Attending spokesmen of associations of pensioners of the teaching, of the Armed Forces, of the Ministry of Agriculture, of the Ministry of Health … People of Pichincha, Bolívar, Chimborazo, Carchi, Galápagos … The president Norma Vallejo (official) received them with a “my partner” and took note of everything they said. She has managed to put the institutions of the State to work on the matter (to order their data to begin with) and has gained the support of the members. There is, in this occasional commission, a healthy consensus that is not easily achieved in any other.

It is estimated that there are already 300 public sector employees who have died waiting for their retirement. Those who have come here to give their testimonies speak of those who die every day. Yesterday, the retired of the wheelchair that went to all the demonstrations died; The leader, the servant … They come from a three-year pilgrimage through the State institutions. From the Ministry of Labor to Finance, from Finance to Senplades, without response. In the case of teachers, from zonal to district administration, from there to the central one and from there to the Ministry of Labor, to Finance, to Senplades … Entangled in agreements, decrees, commitments, documents that were bound to sign and today they regret it …

Payment conditions based on ministerial agreements that no longer apply; payment commitment minutes that must be updated with each new authority that takes possession of the portfolio; settlement certificates that do not recognize compensation values … In the Armed Forces they made them sign one of those without warning them of the consequences. “Encolumnados”, says the spokesman on duty: “those who fell behind on the bus and did not arrive at the firm today receive their compensation”. This was how arbitrary was the management of jubilee pensions during the correísmo.

Since May 22, 2017, decree 94 is in effect, a ministerial agreement that exempts the State from paying compensation to those who accept the mandatory resignation. Since then, every public servant requesting his retirement is asked to resign. A strategy of the State not to increase the more than one billion that it already owes for retirement (900 million only in the teaching profession).

The commission presided by Norma Vallejo has begun to put order in that mess. To begin with, it has managed to get state institutions to commit to clarifying their figures regarding retirement (the Ministry of Education still admits that it does not have the complete data); that the Ministry of Labor recognize the rights of those who were forced to resign and eliminate the lags of decree 94; that the not-so-old archives of archives be dusted off, such as an Interpretative Law on the subject that sleeps in the CAL and the draft law on employer retirements presented by Cristina Reyes, member of the Commission. The objective is to establish a payment schedule.

What the Commission has before it is a sea of denunciations and a tangle of calculations.

“That we do the fineness of doing justice” … The statements of retirees are a cry for help: “You are our last hope, the last.” “There is no organism to defend us. The decision of the Constitutional Court is not binding. Human rights are not binding! ” (I)