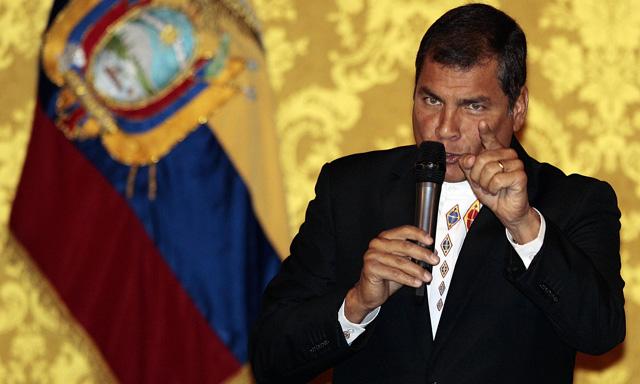 President Rafael Correa announced on Friday that will fight in social networks “law in hand” to prevent “cheating” in the dissemination of information through them.

“We will respond with the law in hand. If Twitter suspends an account is not because belongs to PAIS precisely; is because they are doing something illegal and we are going, with the law in hand, to take the fight to social networks “, Correa said prior to a meeting with the party.

“We must differentiate between what is irony, sarcasm, what is defamation. Not anyone fool you, “he added.

“They say the president went shopping to Europe is not doing irony or sarcasm, are lying, slandering, dividing; Make no mistake, please the truth before it, “said the president.

Correa offered to disseminate on a Saturday, the identity of those making memes for social networking accounts of Crudo Ecuador, which released an image of ensuring that Correa was shopping in Europe.