Last Tuesday, President Rafael Correa inspected the rehabilitation of the railroad being built in Milagro, Guayas Province, and took the opportunity to get inside of one of the locomotives along with dozens of followers akin to his government.

After the tour, Jorge Carrera, manager of Railroads of Ecuador, explained the president on the progress of the “Complete Rehabilitation of Milagro Station and its surrounding areas” project, which includes the implementation of customer service areas, restaurants, a Train-themed Shop Train, a Train Museum, among others.

The rehabilitation of this area will cost $ 575 thousand and the works will be handled by contractor Edison Patín. 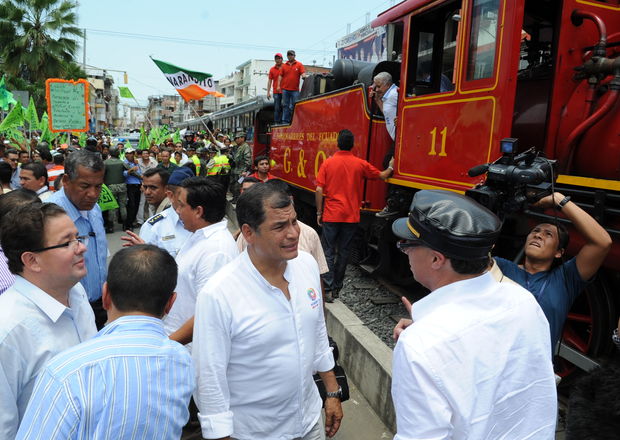 Rafael Correa next to the locomotive.

Weekly Address on April will be held in New York