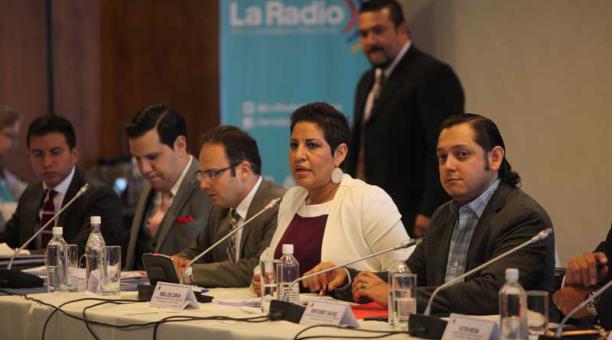 The Petroecuador case triggered reactions after the Attorney General´s office confirmed that the current manager of Petroecuador, Pedro Merizalde, is being investigated for alleged perjury. Vice President Jorge Glas and candidate for the government binomial, defended the director of the state oil company. On Thursday, December 1, during the appointment of the new manager of the Esmeraldas Refinery, the second president said that the investigation against Merizalde “has to be filed.”

This case comes from an analysis of his sworn statements, which did not reveal his offshore company Horgan Investments, created in Panama on December 30, 2012. “Some have tried to destroy his honor and misrepresent the information … (Merizalde) told the country that he omitted to declare a company that never operated and showed the documents at a press conference.

He made the rectification in the Comptroller’s Office … “, Glas commented. Lenin Moreno, candidate for the presidency along with Glas, said that Merizalde should leave the state oil company “as a delicacy.” “He must resign, not because there is still an indication of guilt, but only for delicacy,” Moreno said Thursday in an interview with El ComercioTV. Petroecuador clarified that the manager “rectified an involuntary omission” when he did not declare the company among his assets through a press release that does not carry Merizalde’s signature since he is outside the country.

Ecuador will reduce its oil pumping by 26,000 barrels per day