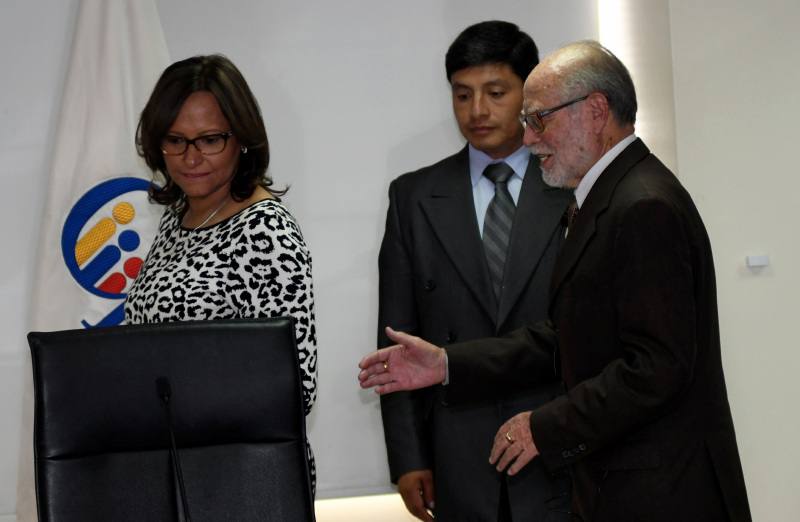 The Council of Citizen Participation (CPC) transitory commissioned the Attorney General to Edwin Pérez Reina in replacement of Carlos Baca, who was dismissed by the Assembly, last week.

He also ceased and terminated the period of the public defender, Ramiro Rivadeneira, for disregarding the management evaluation mandate, refusing to provide data and threatening the evaluating authority.

He also issued a warning to the Council of the Judiciary (CJ) to cease his functions in case he assumes the precautionary measures issued by the judge of Balsas (El Oro), Eleuterio Aguilar, which overturned the resolution of the body on the suspension of the contest of prosecutors called by the Judiciary.

The CPC indicated that the suspension of the competitions occurred until the evaluation concludes, so “there is no impact on presumed rights since the nomination of the participants constitutes a mere expectation that is subject to compliance with all stages of the process” .

The precautionary measures, according to the CPC, lack all constitutional and legal basis, and that the agency can not recognize a judicial fact that violates due process, and the act is not duly motivated.

Regarding the prosecutor, the CPC entrusted the post to Pérez Reina, as he was the best rated in the main contest, a position he will exercise until the definitive authority is appointed.

Weeks ago, before a query from the Judiciary, the Attorney General indicated that in a possible absence of Baca and the temporary suspension of the surrogate prosecutor, Thania Moreno, the replacement should be the second highest evaluated prosecutor, Gen Rhea, Imbabura.

Last Friday, Rhea was in Quito to assume the position of Baca. He even had work meetings.

In addition to fulfilling its legal and constitutional functions, the resolution states that the prosecutor must comply with the provisions of the CPC, cooperate mainly in controlling acts of internal corruption and prepare the transition.

The president of the CJ, Gustavo Jalkh, said yesterday that there was room for Aguilar’s ruling because the complaint was presented by a person who was participating as mediator.