Council rejects another sanction for an Uniformed 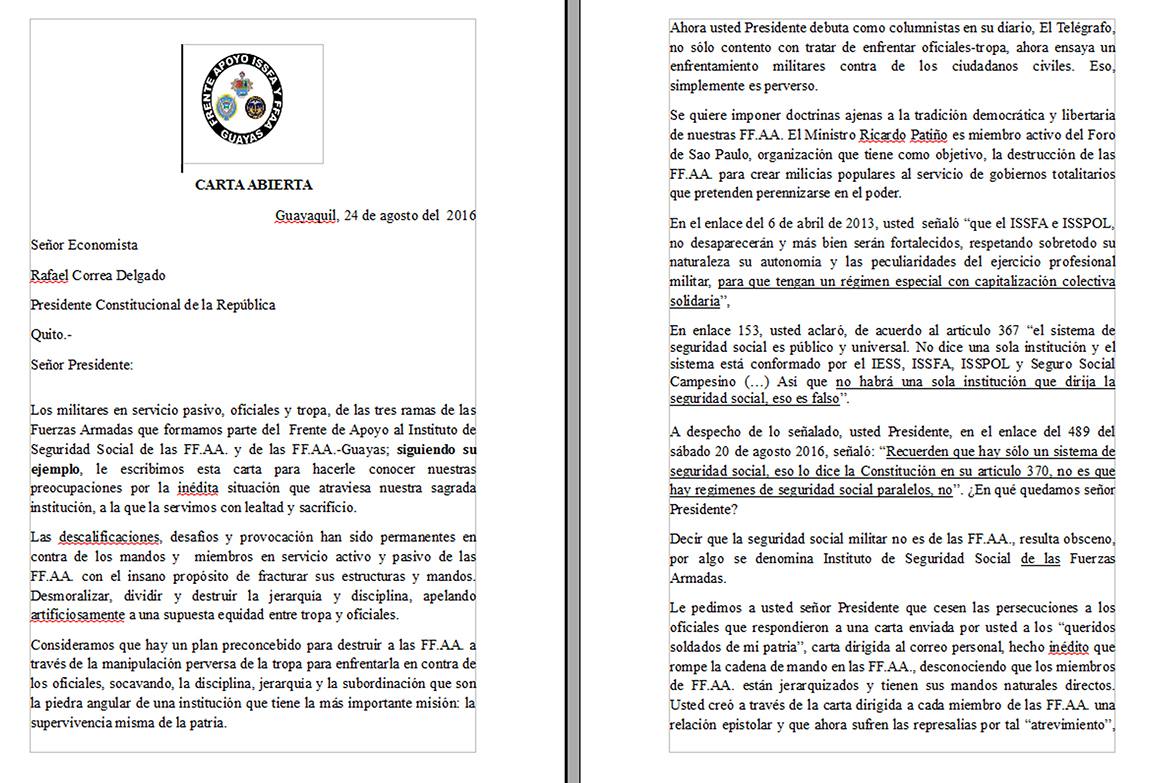 For the second time, a Board of Discipline of the Navy refused to act on a request for sanction proposed by the Ministry of Defence against Captain José Peñafiel, for allegedly answer an email sent by President Rafael Correa, last May.

The decision was taken amid the announcement of the President of going to the ordinary courts to request a “constitutional protection” (protective action), he said in a television interview in Azuay, on Wednesday night.

There he described as “very serious” the decision; and he said that within the military there is “a slogan” because, on 19 August, a Disciplinary Board processed Lieutenant Commander Edwin Ortega by a similar complain made by Penafiel, and refuse to admit the process with the unanimous vote. “There were members of the council that in similar cases voted for the sanction. Now they contradict themselves. That was an order! “, claimed Correa.