A couple (who remains anonymous ) from Northern California, USA, that were walking their dog on their property, found 10 million dollars worth in rare gold coins on perfect condition, buried in the shade of an old tree.

“Almost every one of the 1,427 coins, whose issue dates range between 1847 and 1894, are as if they had just been minted without having circulated,” said David Hall, co-founder of Professional Coin Grading Service, located in Santa Ana, who also recently declared them authentic.

The numismatic veteran Don Kagin, who represents those who found the stash, would not say much about the couple except that they are husband and wife, are middle-aged adults and have lived several years in this rural property in the region of California where the treasure was found. They do not know who put it there, he said.

Kagin revealed that the couple plans to sell as many coins through Amazon and save some as souvenirs. They will use the money to pay bills and make anonymous donations to local charities, he ensured. 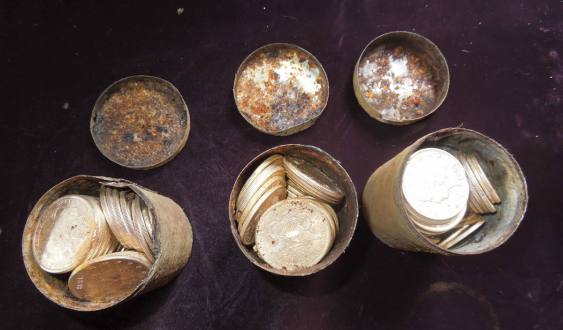