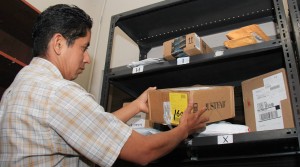 The union of courier companies rejected the statements made by the president of the Association of Textile Industrials of Ecuador (Aite for its Spanish acronym) Javier Diaz, who noted that these companies and `Correos del Ecuador´ would be responsible of `massification and uncontrolled abuse´ for  commercial purposes of the 4×4 system.

Nora Santos, official spokesperson of the courier companies, said that the 4×4 system is not used for commercial purposes like Diaz said.

`At the customs office there are controls since last year, and they have became stronger with the new regulations for couriers published on November 28 (2013)´, Santos said.

The new rule goes into effect 30 days after being published in the Official Register, process that has not being performed yet.

CC determines that indigenous justice will not be used in homicide