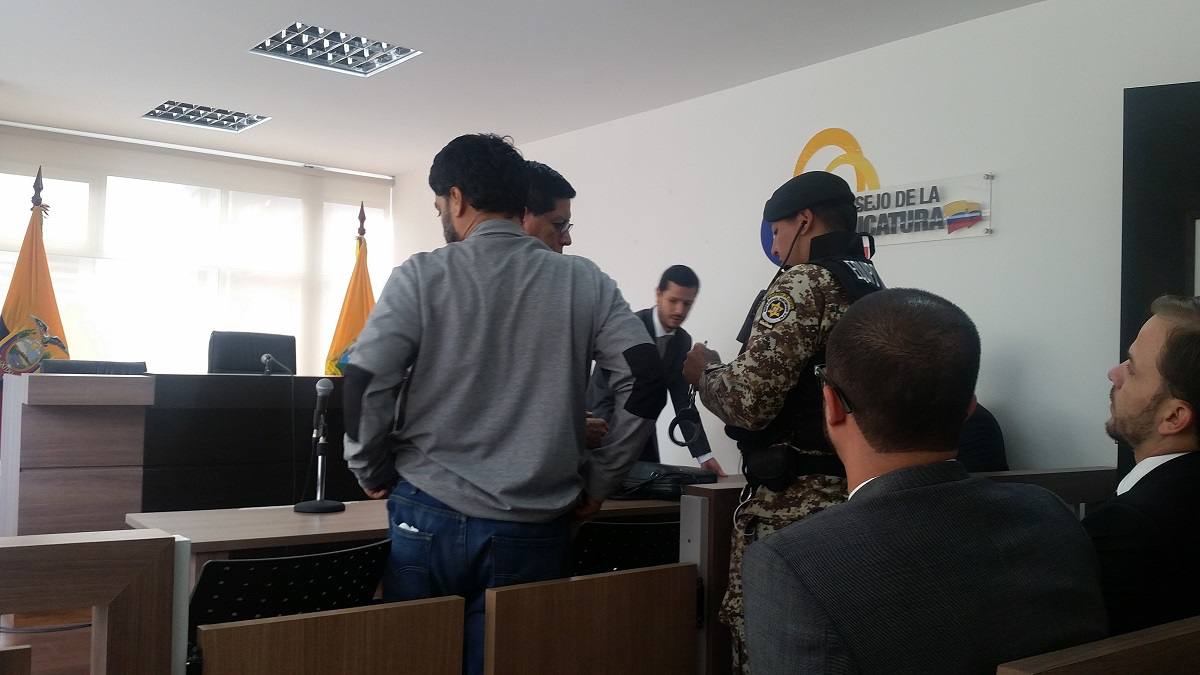 Thursday the Appeal Court of the Provincial Court of Justice confirmed the custody ordered since November 11 against Marco C., former manager of Petroecuador and Eduardo V., contractor of Petroecuador and former oil official, who remain in detention, investigated for alleged organized crime.
The decision of the Tribunal was issued after more than two hours of appeal hearing to the pre-trial detention that existed against them. The diligence was requested by the defendants’ defense.
Marco C. and Eduardo V. were arrested the night of November 10 in their homes in Quito and Esmeraldas, respectively. In the same police operation, Diego T., former Deputy Manager of Refining of Petroecuador, was also arrested in Quito.

Judge Dilsa Muñoz said that the measure is ratified, as judges consider that the Prosecutor’s Office delivered detailed and precise information on the alleged involvement of those investigated in the crime. Muñoz clarified that it would be the responsibility of the Prosecutor’s Office to verify in the 90 days of instruction every evidence element that has been presented.

The EU will increase the control of the importation of bananas