The Court composed of judges Daniella Camacho (rapporteur), Iván Saquicela and the judge Wilmer Terán unanimously denied the appeal filed by former vice president Jorge Glas. With the resolution, the sentence of six years of ordinary minor imprisonment that weighed on him as the author of the crime of unlawful association related to Odebrecht is final. 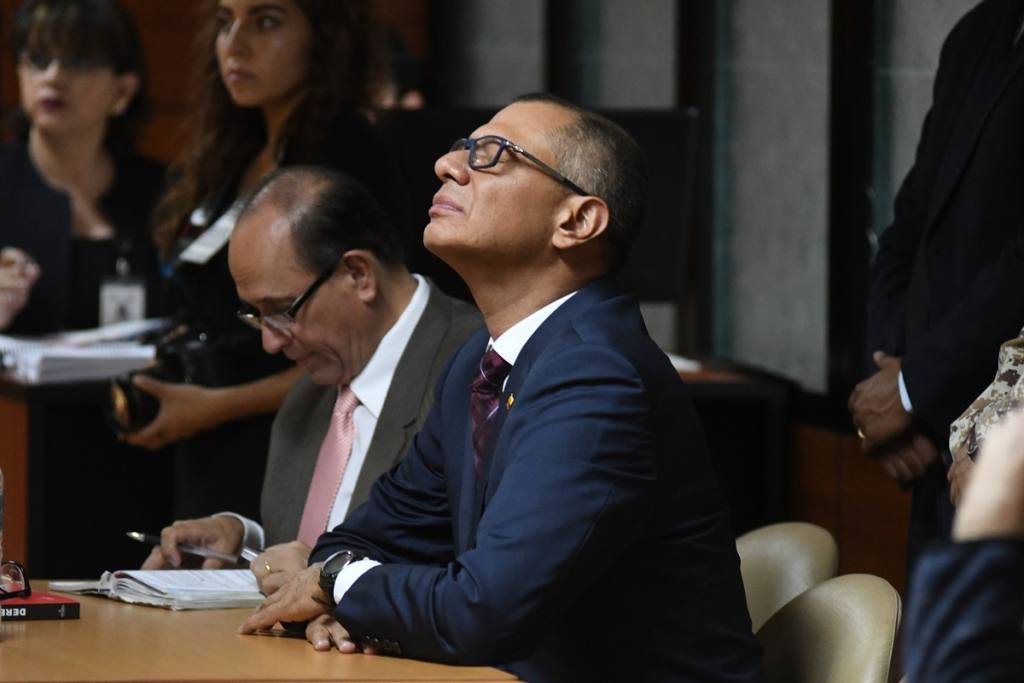 The Court also denied the cassation of the sentence that Képler Verduga and Édgar Arias received within the corruption scheme implemented by Odebrecht in Ecuador; former public officials Ramiro Carrillo and Carlos Villamarín; and Glas’s uncle, Ricardo Rivera. Arias, Carrillo, Villamarín and Rivera were ratified for six years, while for Verduga the 14 months of sanction received for collaborating with justice.

The sentence would be final and only remains pending the notification in writing of the resolution so that it is executed in all its parts.

The afternoon of Wednesday, the diligence was reinstated only to read the resolution. On September 30, after six hours of hearing, the members of the Court suspended the hearing to analyze the elements presented by the parties.

The appeal was filed against the second instance appeal judgment issued in the case on July 30, 2018.

Ex officio, the Court excluded César Montúfar from the case as a private prosecutor and also requested that procedural parts of this case be sent to the Prosecutor to investigate all those involved, such as Odebrecht and its directors, and thus nothing remains in impunity.