A Court of the National Court of Justice, made up of judges Iván León (rapporteur), Marco Rodríguez and Iván Saquicela, read his decision on Tuesday in the accusation known as the Bribery Case 2012-2016. 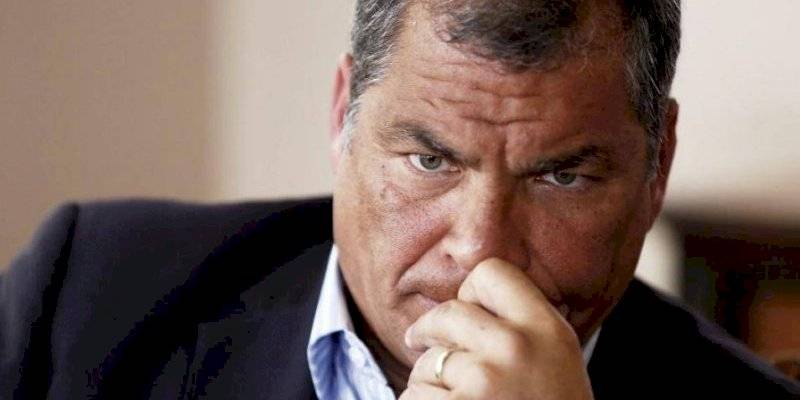 In the reading that took almost two hours, the main defendants, ex-president Rafael Correa and ex-vice president Jorge Glas were sentenced to 8 years in prison for aggravated bribery. In addition, they both lose their political rights for 25 years.

This is a first instance sentence.

In reading its analysis of the case, the Court determined that former President Rafael Correa knew of the “improper contributions.” Furthermore, it has been verified that the payments made to the structure were reported at the highest hierarchical level, that is, to Rafael Correa and to ex-vice president Jorge Glas.

About Rafael Correa, the judge said: “so much money cannot be easily hidden, much less if it was handled by his adviser Pamela Martínez, so the Court considers that Rafael Correa was indeed aware of the improper funds to position his political movement.”

Former counselor Pamela Martínez, co-author, but her sentence will be 38 months and 12 days; and his former adviser Laura Terán, who was designated as an accomplice, sentenced to 19 months.

Judge Iván León points out that the victim of the crime is the State and that the Court considers, after its analysis, that the objective part of the crime is complete and proven, that is, that the Prosecutor’s Office demonstrated the existence of a corruption structure.

The Court declared its competence and procedural validity, and points out that, based on a doctrinal analysis, in this case the materiality of the offense does exist as an aggravated own passive bribery, in order to commit other crimes.

This case began after the investigation published on the Thousand Sheets portal ‘Odebrecht and other multinationals put president in Ecuador’, about an intricate system of collecting cash and through an invoice crossing, in the case called ‘Green Rice’ .

On March 5, Attorney General Diana Salazar asked the Bribery Court of Trial, for former President Rafael Correa to apply the maximum sentence increased by a third for the aggravating circumstance of having committed the crime in a “gang”. The requested penalty refers to the fact that he maintained organizational dominance, in his capacity as a public official, for having and having exercised absolute power and dominion over the criminal structure, as well as for having been the direct beneficiary of bribes.

That same penalty, but as direct perpetrators, because they managed to receive bribes, was requested for ex-vice president Jorge Glas; for the former legal secretary, Alexis Mera; for the former ministers María Duarte, Walter Solís, Vinicio Alvarado; for ex-advisors Pamela Martínez and Laura Terán; for former legislator Christian Viteri; and Assemblywoman Viviana Bonilla.

Of the eleven former public officials charged, only Yamil Massuh, a former adviser to Minister Duarte, was not included in the indictment.

Based on the equivalence clause, which is nothing other than applying the same penalty as the author to the person who delivers and who receives, the prosecutor Salazar requested that the same sentence be applied to the “brotters” as to the officials public that received the bribes and thus have the same participation treatment.

The ten businessmen who allegedly delivered the bribes were also accused by the Prosecutor’s Office as direct perpetrators. They are Víctor Fontana, Rafael Cordova, Bolívar Sánchez, Edgar Salas, Ramiro Galarza, Alberto Hidalgo, Teodoro Calle, Pedro Verduga, Mateo Choi and William Phillips as defendants against whom he was demanding the maximum and existing aggravating sentence.