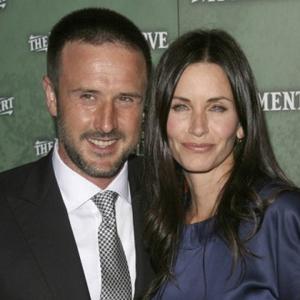 American actress Courtney Cox, 46, known for her role as Monica in the Friends series, recently separated David Arquette, her 39-year-old husband who is also an actor. The couple affirmed it is a temporary separation, they’ve been married for 11 years and they’re “testing” their decision at the moment.

Courtney and David met on the set of Scream back in 1996 and got married 3 years later in San Francisco. They have a 6-year-old daughter named Coco who was born in 2004.

According to People Magazine, Cox and Arquette decided to go separate ways a while ago.

“The reason we’ve made this agreement is because we want to work on our own issues and evaluate what we look for in a couple marriage,” said the Hollywood stars.

“We’re still bests friends, responsible parents and we love each other deeply,” they added.

The Sun Comes Out for Shakira