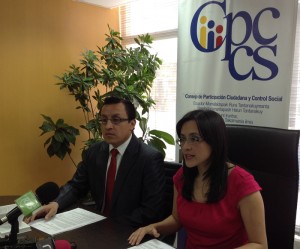 The President of the CCS, Edwin Alvarado, ratified the initial results on the percentages obtained by the 66 candidates, as well as the 28 requests for reclassification, of whom 11 were given way, although there was no greater variation in scores.

In addition, two motions were filed. The first arose from the counselor David Rosero, who asked that members of the CCS are urged to conduct a new review of the records and that within 48 hours they submit an extension of the report to the CPC.

The second arose from the member Luis Pachala, who proposed to acknowledge the report and request the Commission to provide the reasosn of the reclassification to its members.