CREO claims to have several evidence against Jorge Glas 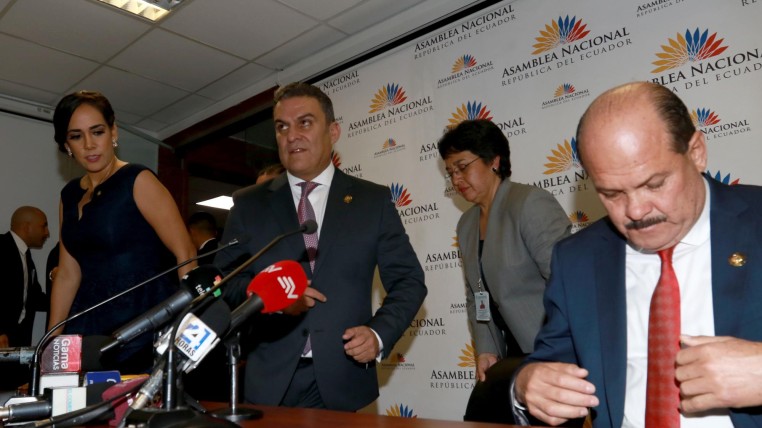 It is the second try. The assembly block of the CREO-SUMA alliance began collecting signatures to politically challenge Vice President Jorge Glas.

The road is not easy. For starters, at least the signatures of 46 legislators supporting the impeachment application are needed. The opposition movement has secured 32 accessions and expects other groups to join.

Then, they will have to pass two filters: the first is the Legislative Council of Administration (CAL, in spanish), which qualifies that the order meets all the requirements, and then the Constitutional Court to issue an admissibility opinion.

But the dilemma lies in the reasons why Glas would be called to appear before lawmakers. Assemblyman Luis Fernando Torres of the Social Christian Political Party (PSC in spanish) and member of the CAL said yesterday to EXPRESO Diary that the Constitution is rigorous in this regard.

“It can be called for crimes against state security, concussion, bribery, embezzlement or illicit enrichment. The ‘positive change’ party will join the initiative with the expectation that the formulation of the charges will be technical and will adjust to the Constitution” Torres said. (I)