Crieel suggests to make changes in the tariff for electric cookers 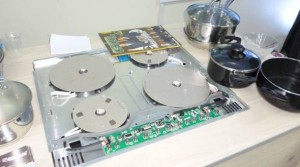 The Regional College of Electrical and Electronics Engineers of the Coast (Crieel for its Spanish acronym) noted that the tariff system currently used to calculate the charge for electricity consumption in the country, known as exponential curve, should be modified because of the induction cookers implementation.

In addition, Crieel is against the last increase of $ 0.01 in the cost per kilowatt / hour ( kW / h ) for the residential sector and $ 0.02 for businesses and industries, which took effect this month .

José Felipe Borja, President of the College, explained that the change of the system is necessary because the increasing consumption of kW/h for the new cookers may cause a “gap in the rate curve,” which would result in high electricity bills.

According to the government, which plans to distribute induction cookers from August, it will subsidize 100 kW/h to the users who sign up to the plan and acquire the devices.

Borja added that the Ministry of Electricity and Renewable Energy should make studies to determine which plan will be convenient to compensate the use of the cookers .

On the rising cost of kW/h, he said: “this is not an appropiate measure for now”.