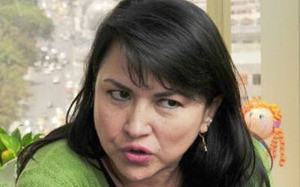 If the regime leader, Rafael Correa, does not change the approved document by the Assembly, justice agencies would be able to judge in Ecuador since the half o next year with at least 71 new offenses under the Integral Criminal Code (COIP) approved by the National Assembly.

Gina Godoy (AP), vice president of the Justice Committee, made ​​this enumeration, adding that the rules correspond to various contexts and have a projection.

“70 years ago talking about computer crime, and that no one can invade your private information on social networking was something that was not imagined even in dreams, but now is part of our everyday life,” said Assemblywoman of the regime.

Godoy said that criminalize offenses such as femicide, would provide accurate statistics on this problem and the creation of appropriate public policies.

In addition to the six new violations including the lack of affiliation to the IESS, mistreatment of pets, the apology of crime and domestic violence, which would be punishable by up to 30 days in jail.

Armed Forces will continue with the Project of the regime

Vice prefect of Guayas is replaced by a legal counsel