Cuba and EU held last meeting of 3rd round of negotiations 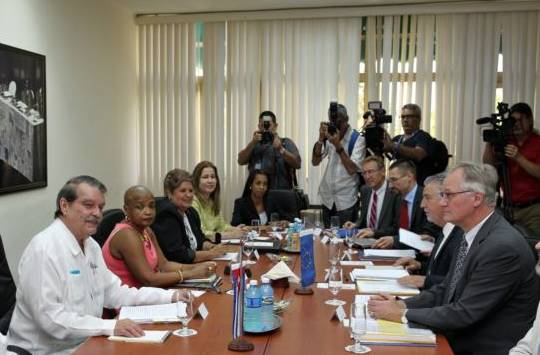 Officials from Cuba and the European Union met yesterday in Havana as part of the 3rd round of negotiations to normalize relations that could conclude in an Agreement on Political Dialogue and Cooperation.

The last day of this two-day conclave concludes today and will focus on issues of cooperation.

“This round should enable progress in negotiating the agreement chapter concerning cooperation and dialogue on sectoral policies,” said a statement issued by the Cuban Foreign Ministry.

The teams are chaired by Christian Leffler, executive director for the Americas of the European External Action Service and Cuban Deputy Foreign Minister Abelardo Moreno, the island’s foreign ministry reported.

At the meeting “preliminary exchanges on the other two chapters of that agreement, relating to trade and political dialogue should also be conducted,” said the organism.

Cuba is the only Latin American country that lacks a comprehensive agreement on political dialogue with the EU.