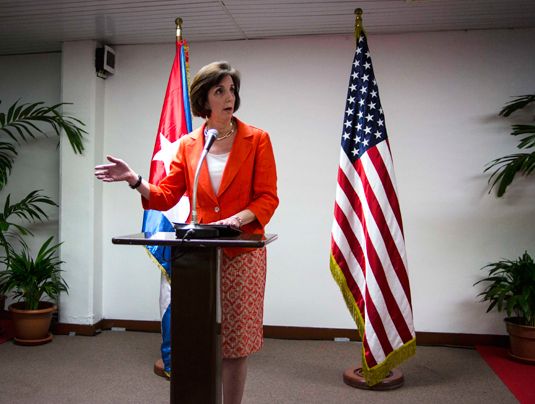 Assistant Secretary of State US for Latin America, Roberta Jacobson, said on Friday than in “a few weeks” she expects a new round of talks in Washington to restore diplomatic relations with Cuba.

“We have not set a date yet, but we expect that this talsk take place in the next couple of weeks,” Jacobson said in an interview with CNN from Havana.

Jacobson assured that her delegation had already “invited to Washington” informally to Cuban diplomats, because “there is a desire in this Administration of having this conversation as quickly as possible, but a date is still needed to be set.”

“Some of them do not necessarily believe” that the US decision, of normalizing relations with Cuba “is adequate” however, “there is nothing like hearing directly from them, on the spot, what are the challenges, to see how we can work in the future,” said Jacobson.

Berta Soler, the leader of the Damas de Blanco was also invited, but she did not attend the meeting arguing that most of the guests supports the new US policy toward Cuba, which she opposes.