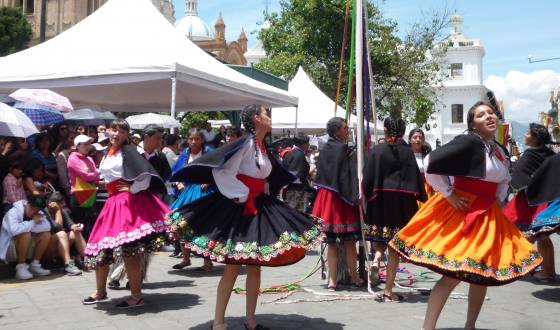 Cuenca celebrates tomorrow 194 years of independence. Its inhabitants celebrated the date with festivals and several acts in various parts of the city.

Yesterday, the streets of the capital, Azuay, were filled with color, music and dancing parades with the participation of around 800 students from nine schools.

In the district of El Chorro traditions of this sector were represented, as the toquilla straw, work in clay, among others, Until next Tuesday in April Twelve in the 12 de Abril Avenue and Paseo Tres de Noviembre will remain tents for craft shows.

In addition, there is provided a permanent space for the 22 winners of the Artisan Award of Excellence of the Unesco.