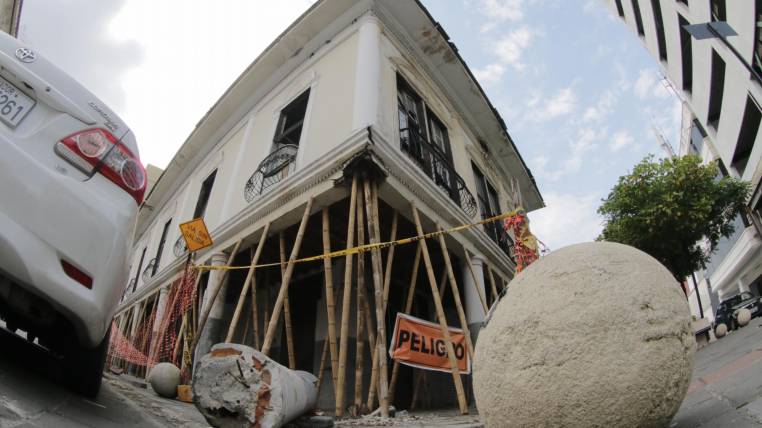 It is not possible to explain the collapse of the column of the patrimonial House of the Cocoa without the incidence of an external factor, because it is a structural element of great diameter, of wood still conserved, with evidence of having been forced. The pillar did not fall.

The National Institute of Cultural Heritage (INPC) sent last Thursday to the Municipality of Guayaquil the technical inspection report of that property. EXPRESO had access to the document on Monday, February 26. The entity reaches this conclusion because the walls of the house show no signs of affectation related to the load of the structure, but a detachment that could have been caused by the collapse of the column, registered in August of last year.

The Municipality, according to the document, asked the INPC to disassociate the house, but that will not be possible, since the property has not lost its patrimonial condition. The law in this regard argues that, “when an inventoried building or part of the cultural heritage mandated by the Law, is destroyed or damaged, due to negligence or intentionally, the owner must be forced to rebuild according to the typological characteristics , structural and constructive pre-existing “.

Lucho Mueckay, director of the institute, asked Mayor Jaime Nebot in a letter to take note of the recommendations made in the reports. “Especially and urgently, those corresponding to the placement of a provisional dust jacket that prevents the entry of rainwater that would put the building at greater risk”.

In August of last year, when the Casa del Cacao lost a pillar, the Municipality announced that it proposed a new construction, but did not talk about property rescue. Several activists went out then to defend the original conservation of the patrimonial good, which the mayor has called “old house” on several occasions and which is not the only impasse that the Cabildo has had with the Ministry of Culture for the theme of Heritage.

Recently, in addition, it was reported that the municipal pool should not have collapsed because it was also registered as heritage. About the Casa del Cacao, the heritage building, the INPC insists, can be rehabilitated and conserved with the same constructive materials, so the institution requests to create a project for this purpose.

Beams: There is deformation in the beams near the heads of the columns, apparently due to the effort they make due to the lack of the missing corner column. In addition, some elements of the structure of the house have moisture due to lack of plates on the roof. This will accelerate the deterioration.

Walls: There is detachment between the structure and the walls in some areas. It is evident that vandalism has existed, especially in the

bathrooms. By removing the sanitary ware and the tubs, they have caused a rupture. There are gaps in the ground floor. On the top floor, a wall was partially overthrown.

Others: There is a collapsed staircase. The lack of sheets of zinc causes the roof to deteriorate and there is a risk that it will collapse. The greater deterioration of the patrimonial house, explains the report, is located in the northwest part of it. However, the wooden structure is in large percentage in good condition. (I)

The businessmen ask for support to the “productive import”