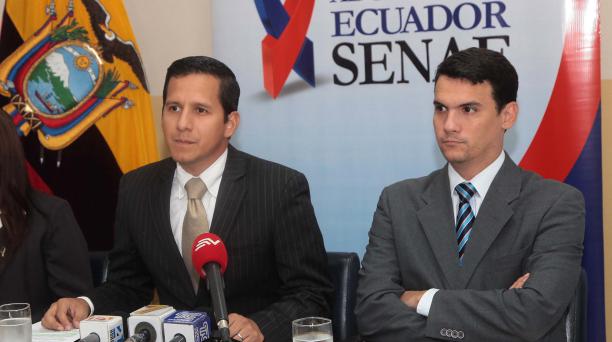 The National Customs Service of Ecuador (Senae for its Spanish acronym) denied on Tuesday September 23 that the activities performed during an operation against smuggling at the northern border of Ecuador caused the death of Milton Ch., 36.

The incident occurred when the staff of Senae, the Army and the Police executed a smuggling control operation on Friday afternoon, September 19. Where according to the Customs Office, four people were detained, who were inside a vehicle carrying cell phones, whiskey, cigarettes valued at “about $ 60,000, “so we proceeded with their arrest,” said Xavier Cardenas, Director of Senae.

One of those arrested was Milton Ch., who reportedly felt bad on the way, and therefore was taken by ambulance to a hospital in Tulcán where doctors confirmed his death.

The death of Milton Ch. motivated protests staged by family members and the inhabitants of the Chota valley, which led to the temporary lock on the Panamericana Norte highway, at the point that connects the provinces of Imbabura and Carchi.