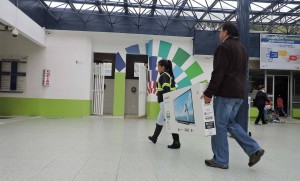 According to the Ministry of Foreign Trade, the country adopted the measure on almost 30% of imports to address macroeconomic imbalances by external factors that caused difficulties in the balance of payments.

Safeguards expire in June and the decommissioning program began in January.

The government has described as positive the implementation of this measure. “The goal that had been proposed by the Government was achieved, we were forced to control the outflow of foreign exchange due to the imports, putting more emphasis or control to those that are less necessary for the country,” argued Minister of Industries Eduardo Egas, on March 11th.