The warnings reached the Police and the Prosecutor’s Office . During these months, citizens reported having been victims of cyber theft . Today, investigations show that the same criminal organization operated from Quito, Babahoyo and Santo Domingo. 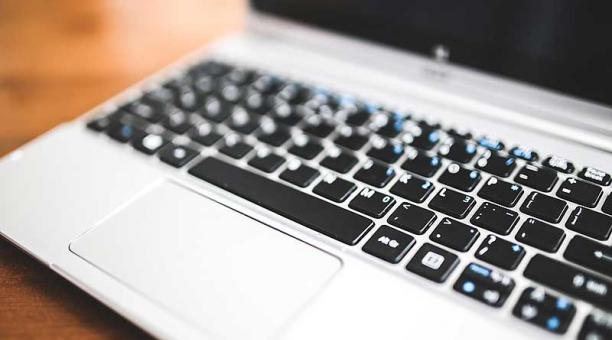 Two weeks ago, agents deployed an operation in those cities and captured six people. At the hearing , the prosecutor in the case reported that this criminal network sending malicious links through pages of e – commerce .

When those affected entered the website, a computer virus stole their personal or financial data. With this information, the suspects ‘ hacked ‘ bank accounts and stolen funds.

Police investigations warn that during the pandemic the cybercriminals are enabled to commit theft cyber , as Internet usage rose to execute bank transfers , for example.

From January to September 2019, there were 1,241 complaints for this type of crime nationwide. In the same period this year, 1,306 complaints were registered. Since June there were more reports.

Not all victims have been able to report, due to the restrictions of the pandemic.

Óscar Chamorro’s case rests in the judicial offices. The complaint states that on September 14 last, he received an email with an offer to access a loan .

Account that to obtain more information had to register its username and bank password through a ‘link’. The next day he verified that his account was empty. An unknown person stole $ 2,500.

This mechanism for appropriating funds is also known as ‘ phishing ‘. In fact, agents investigating these cases agree that it is one of the three modes of operation of cyber mafias in the country.

In August, Interpol published a 20-page report , detailing the main cybercrimes perpetrated during the pandemic, on a global scale. According to the document, 59% of cases have to do with ‘phishing’.

A police chief indicated that gangs that steal money through electronic means earn between USD 6,000 and 9,000 in profit each month for their criminal acts.

Last August, police officers conducted a raid in southern Guayaquil and detained three people. They found USD 7,000 in cash in the building. According to the investigations, those apprehended violated the bank accounts and appropriated the money illegally. There were detainees.

Guayas , Pichincha , Manabí , El Oro, Santo Domingo de los Tsáchilas and Azuay are the provinces where the most cyber thefts have been reported.

Marcia Benítez was a victim of this crime on July 20. She remembers that that day she received an email with the notification from the bank that she had made an unauthorized transaction of USD 350.

The money was in his account to pay the monthly payment on his credit card.

A similar event happened to Cristian Suárez. A month ago you also received the alert that there was a transfer of USD 500 to the account of a stranger. His case also rests with the Prosecutor’s Office .

The Police know that the gangs operate with computer experts , who appropriate data with special programs that violate security. Others spoof identities and perpetrate scams.