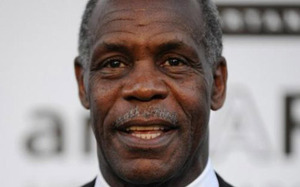 The visit of Glover is part of the Government campaign “The dirty hand of Chevron”, which expects to bring in the upcoming months other celebrities as Cher and Bianca Jagger.

“It is the opportunity to talk about the issue and make sure others understand the importance of this decision by Ecuador. It is an important decision, since this trial was  won by the Ecuadorian people”, said the actor.

Glover expects to go today to the Aguarico 4 well  located in Sucumbíos, and put his hand in one of the pools of oil, which according to the regime, was contaminated by the oil company.

Chevron seeks  Ecuador to assume the millionaire $19 billion compensation imposed by the Ecuadorian justice in 2009 by pollution in the Amazon.