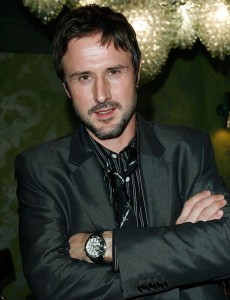 David Arquette initiated the year checking into rehab for alcohol issues and depression. “I’ve been drinking a lot because I’m heartbroken,” said Arquette on Howard Stern’s radio show, apparently he has been having emotional problems since his wife Courtney Cox decided to call off their marriage in October.

“She said she didn’t want to be my mother, but I kind of need a mother,” said the Scream star, who also added that he wants love in his life, he feels lonely and he is been going to therapy and “trying to grow up”.

“I really admire David and his choice to take charge and better his life,” Cox told People Magazine after hearing the news of Arquette’s decision to enter rehab. “I love and support him,” she added.

“I definitely am having a nervous breakdown,” Arquette said. He also mentioned he wished to have more kids—Cox and Arquette share a six-year old daughter, Coco—but not with his wife (they are not legally divorced) Courtney but with his ex-girlfriend Drew Barrymore, he told Stern.