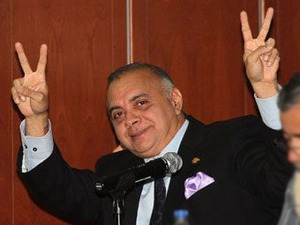 The defense lawyers of the former assemblyman Galo Lara (SP) denied that his client has a police record in a county in Florida, USA, “and even less in the FBI,” said Pedro Granja, one of his defenders in the litigation.

Granja denied yesterday the Interior Ministry information saying that Lara was accused of robbing a home in 1991, in the County of Hialeah, Florida. Granja pointed out that this year a “research log” was opened because his client was walking near a house that had been robbed recently. He confirmed that his detention was for, but Lara was not charged with any crime.

The lawyer said that the blog was made by the police and not by the Federal Bureau of Investigation (FBI), as indicated by the Minister of Interior. Granja said yesterday that the charge of his arrest is looking to impair the political asylum request made to the government of Panama. This is after his client was sentenced to ten years in prison for being an accessory to a triple murder in the Quinsaloma canton, province of Los Rios.