Delsitanisagua: example of irregularities in a construction work 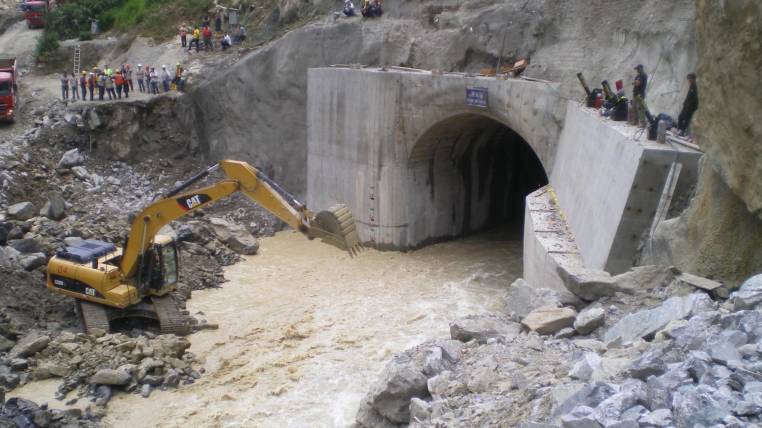 It is another of the works indicated by irregularities. Two assembly members will ask the Prosecutor’s Office to investigate the construction of the Delsitanisagua hydroelectric plant. They presume the existence of two crimes: embezzlement and concussion. Jeannine Cruz and Absalón Campoverde, from CREO, are scheduled to go to the control entity today at 09:00.

Delsitanisagua is in Zamora Chinchipe and should generate 1,411 gigawatts. The contract for its execution was signed in 2011. Up to now it has an advance of 92.8%. And that is the first problem that legislators notice: the term of the contract was breached, because the work should have been delivered in October 2015.

Campoverde, in dialogue with EXPRESO, also detailed the administrative problems. The first is that the Ecuador Electric Corporation (Celec) signed the contract with Hydrochina under the modality of ‘global price’, which “does not exist in the current legislation,” he said.

The second is the price. The work was contracted for $ 194 million, but on the way three complementary contracts were authorized for 120 million. That is, by 62.7% of the initial value. That would also be illegal, since the maximum amount allowed to hire complementary works is 35% of the cost.

This work was already audited by the Comptroller’s Office in 2016 (under the command of Carlos Pólit, a fugitive from justice for his involvement in the Odebrecht network). Cruz says that the entity made recommendations, but did not establish civil or criminal liabilities. Therefore, they go to the Prosecutor’s Office to sanction those who participated in the process.

He has the picture clear: at least, the former Minister of Energy and president of the Board of Celec, Esteban Albornoz, and the ex-manager of that entity must respond.

Albornoz, an official legislator, explained to this newspaper that he does not know of any irregularity in the project. He disclaimed any responsibility: “I was a minister, but the ministry did not participate in any part of the pre-contractual or contractual process,” he said. Neither participated, he said, from his position in the Board. He added that as Assemblyman he is most interested in determining responsibilities, if any.

The problems in Delsitanisagua are also under the supervision of the Ministry of Energy. Last week Minister Carlos Perez said that the project was due to open in August, but that is not going to be fulfilled “because there are problems with the cooling pumps of the turbines, which do not meet specifications. The company has been asked to replace them and that means having them build. ” The delivery of the hydroelectric plant will take at least six months, he said. He requested a new intervention from the Comptroller’s Office to review the work.

Jeannene Cruz, CREO legislator, adds another problem to the project with the contracting of the audit: the task was in charge of the Association Artelia Ville Et Transport-Geodata Engineering and Adeplan Cía. Ltda, which was awarded a contract for 14 million dollars. They face a demand.

Víctor Hugo Guevara sued the Association for the use of false documents when submitting the offer to work on the hydroelectric project, according to the documents that EXPRESO agreed to. The companies would have falsified their signature and their curriculum to include it among the professionals who would join the project.

According to Cruz, one of the representatives of the Lojana company Adeplan Cía. Ltda., Member of the Association, is Jackson Torres Castillo. He is the alternate legislator of Assemblywoman Verónica Arias, militant of the ARE movement, an ally of PAIS. Cruz believes that there was an obvious political relationship. (I)