Demand for gas grows and sale of induction kitchens is reduced 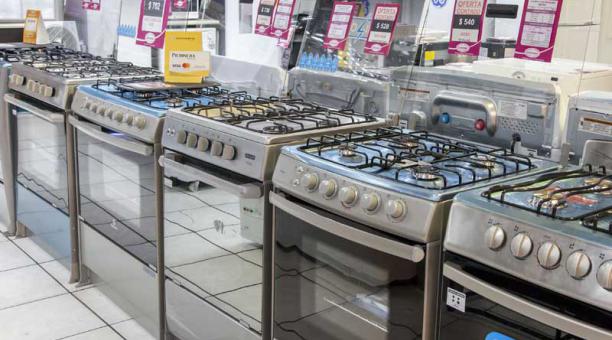 The consumption of gas for domestic use rebounded last year in the country, despite the program to encourage the use of induction cookers. The volume of gas (production and import) grew 7% between January and November of last year compared to the same period of 2016 (see chart), according to data from the Central Bank.

Households consume nine of every 10 gas cylinders that the country imports and produces. The rest is given to the industry and the fishing sector. The National Federation of Gas Distributors explains that the increase in demand for hydrocarbons is due to two factors.

The first is attributed to the population growth rate, which was 1.5%. And, second, the drop in sales of the induction cooker program promoted by the government, said Ricardo Flores, head of the union. Guild distributors report an increase in gas consumption of 36% on the Coast and 28% in the Sierra.

The 2017 marks a break in the evolution of the volume of production and import of the derivative, which registered falls of 0.26 and 1.5% in 2014 and 2015, respectively. 2014 saw the start of the energy efficiency program for induction cooking and 2015 was the best year of sales, with 284 803 artifacts. But since then the commercialization fell and last year 160 716 units were sold, a phenomenon that is felt in establishments.

Marco Rosero, store manager Concresa, recalls that the sale of induction cookers had its best time in 2015. But starting next year the commercialization of gas stoves began to grow. And in 2017, the difference was significant: for nine gas stoves he just placed an induction one.

According to Rosero, induction cookers with an oven are the least sold. There is fear among customers that the use of these devices means a significant increase in their electricity bill. Some stores located in the Historic Center of Quito bring the appliances, but on request, as in the case of the Elca establishment. Other businesses have few units on display for several months.

In a commercial space, in the south of Quito, 10 gas stoves are shown and only two are induction kitchens. For the owners of these appliances warehouses, the growth of gas stoves is due to the fact that the subsidy for this hydrocarbon has not been eliminated.

The Government imports a 15-kilogram gas cylinder at USD 11.85, but sells it at 1.6. The difference is subsidized. Other causes are the lack of promotion of the program of induction cookers and the denunciations about the sale with deceit of these devices. The Ombudsman investigates 2 407 cases of this type. At San Francisco Appliances the sale of gas stoves grew 30% during the last year, said owner Pablo Chicaiza.

There are barely two induction kitchens in their premises, due to the low demand of the customers and because the national factories no longer produce them. Imports also fell. According to data from the Chamber of Commerce of Quito, the importation of induction cookers decreased by 62%, going from USD 43.6 million between January and November 2016 to 16.7 million in the same months of last year.

The induction kitchen plant of the Ecasa white line factory has been shut down for eight months. Between 2014 and 2015 the company opted for these appliances, but the introduction of Chinese products to the local market affected sales, explained the general manager of this company, Mario Espinosa. In this scenario, the production of gas stoves gained momentum, mainly since the last quarter of 2017. Production grew 22%.

Ecasa is gradually increasing production for the national market and for export. The main destinations of these artifacts are Peru and Venezuela. Establishments such as San Francisco Appliances consider that the Government should reduce the tax on special consumptions for gas stoves.

In the Economic Reactivation Law, in effect since this year, it is established that the Executive may order said reduction, after a report of the fiscal impact of the Internal Revenue Service (SRI) and the Ministry of Electricity and Renewable Energy, so as not to affect the goals of the Energy Efficiency Program.

With the aim of reactivating the installation of these appliances, the Regime will promote, once again, the Energy Efficiency Program since this year. For this, it will initiate communication campaigns, ratified that it will not import Chinese cuisines and will maintain the tariff incentive. The goal is to reach the first million.

The Energy Efficiency Program was launched in 2014 and aims to change 3 million gas stoves by induction. Until the end of 2017, a total of 740,000 countertops with this technology were sold. This year is expected to reach the first million. (I)