Deposits of closed banks are paid by the BCE 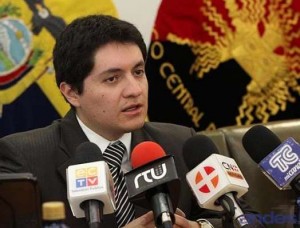 Diego Martinez, president of the Central Bank of Ecuador

The Central Bank of Ecuador (BCE) announced that from March 10 began the payment of the amounts of those people who maintained deposits in the bank accounts of financial institutions closed by the 1999 crisis.

The institution said that these days the influx of people is permanent in the cities of Quito, Guayaquil and Cuenca. The number of depositors is approximately 45,000.

In Canar, several elderly people recovered the money they had not been cashed of their deposits in the old Bank of the Andes.

Escalada gives the victory to Emelec against León