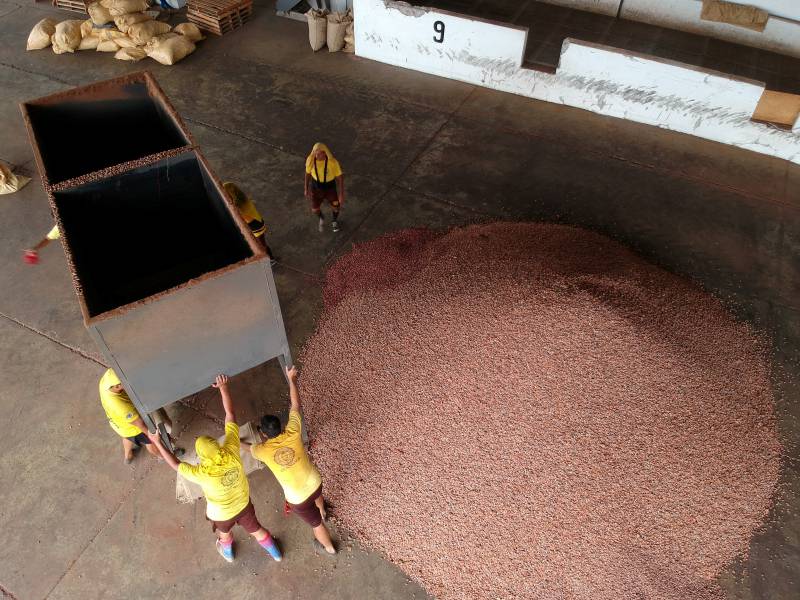 This was detailed by the National Association of Cocoa and Industrialized Exporters of Ecuador (Anecacao) , through a summary of the situation of the cocoa sector in 2021, the year in which the sector exported 365,000 tons, 23,000 tons more than in the previous period (2020).

Anecacao unionizes approximately 80% of Ecuador’s cocoa exporters, its production chain has some 600,000 hectares on whose development almost 400,000 families depend directly.

The guild also highlighted the growth in foreign exchange. Between January and December 2021, exports amounted to $950 million, $43 million more than in the previous period, which represents a growth of 4.71%.

However, despite the growth figures, the sector also felt the external impact of the global container logistics crisis.

“Although it is true that by 2021 it was expected to exceed the export volume of Ecuadorian cocoa, the global container logistics crisis at the international level caused that, in these months, around 16,000 tons were left behind in the country, thus affecting to the exports of the year”, acknowledged the union, which in any case, despite the crisis, expects an increase in exports for this year.

It was added that, internally, companies are expected to respond positively to this problem and, in turn, take actions to maintain their efforts to pay producers a fair price as long as the business is profitable.