Diana Salazar: ‘The border is the most vulnerable for money laundering’ 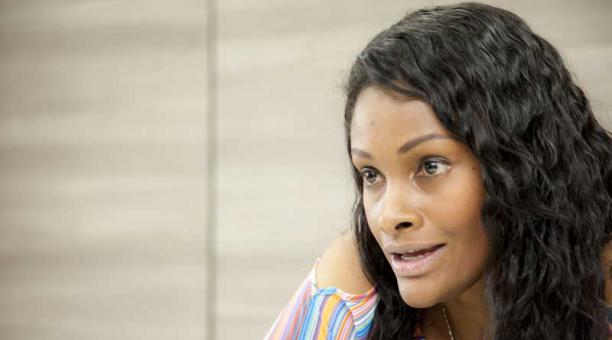 Has the UAFE detected asset laundering on the northern border?

As a result of the events that affect the northern border, the UAFE is carrying out a strategic analysis in conjunction with the Secretariat of Intelligence. It is identifying those people or structures that could be operating in the area. Our purpose is to affect the pockets of organizations. Only thus weakens the structures.

Have you already done an analysis of Esmeraldas?

How many structures have been identified?

As I say I cannot tell you a specific number because it would alert them. However, we already have the mapping, the way they are acting and the role that each one plays. So we are already analyzing those who are financiers.

Did this analysis begin after the attacks on the border?

I can only indicate what has been done from my management, which began on February 20. We are in constant contact with the Secretary of Intelligence. A team has been formed, a front for this type of analysis.

But before its management was analyzed or not?

I cannot give an account of what happened before my administration. As of February 20, I have a delegate who attends these meetings held by the Secretary of Intelligence.

In any case, does money laundering exist in Esmeraldas and on the border?

There is money laundering in risk areas. A risk zone is to be right at the border. Not only can we speak of Esmeraldas, but of the northern and southern borders. They are the most vulnerable areas to money laundering. I cannot stigmatize that only in this province there are such activities. Informal trade, change, border crossings. These are all risk factors that can contribute to these activities.

How is money laundering studied at the border? Are officials sent to investigate or is there an office?

The issue of money laundering has to be framed from two areas. The operative part, which logically the UAFE does not perform. The other area is from the strategic financial analysis, which we do and that without moving to the border we see how the financial operations of these sectors are moving.

What type of methods is used at the border to whiten or wash assets?

The typologies identified in the northern border are through the money changers, the acquisition of properties. I have coordinated with the Office of the Prosecutor to share this information with us and we carry out the analyzes. (I)

Liniers and Alberto Montt will illustrate in Ecuador